Steven Spielberg will direct a new version of the classic Jimmy Stewart film "Harvey" — about a man and his invisible six-foot rabbit — as his next project for DreamWorks and Fox.

The project sets the stage for the long-awaited funding of DreamWorks as an independent studio, which took its leave from Paramount months ago, but has yet to begin production on any films.

The announcement was made Sunday by Fox Chairmen Jim Gianopulos and Tom Rothman and DreamWorks partners Stacey Snider and Spielberg. The financing of the film will be split between the two companies. 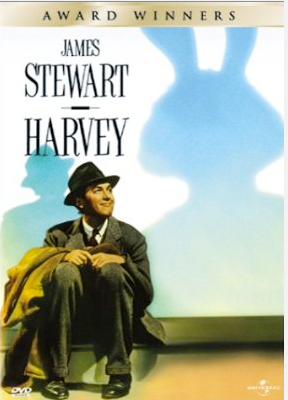 The contemporary adaptation of Mary Chase’s Pulitzer Prize-winning play and Universal’s 1950 film, which starred Jimmy Stewart and Helen Hayes, will be a co-production between Fox and DreamWorks.

The new version will be not be a "remake," as such, but will use the original as source material.

The original is about an ordinary man, Elwood P. Dowd, who makes friends with a spirit taking the form of a human-sized rabbit named Harvey that only he sees.

The story becomes a comedy of errors after his sister tries to commit him to a mental institution, as Elwood and Harvey become the catalysts for a family mending its wounds and for romance blossoming in unexpected places

“Harvey” is the first screenplay by the best-selling novelist Jonathan Tropper. It will be produced by Spielberg and Don Gregory, with Elizabeth Gabler and Carla Hacken overseeing the project for Fox 2000, which acquired the rights to the original play in 2008.

"(We decided) to go first, before anyone else, to a filmmaker who combines the mastery of craft, tone, wit and insight that ‘Harvey’ embodies,” said Rothman.

“DreamWorks has experienced a creative and profitable relationship with Twentieth Century Fox in the past, and I look forward to renewing that time together,” said Spielberg, who directed "Minority Report" for the studio.

The announcement is significant in that it signals that DreamWorks is finally close to securing some $650 million in funding that it has been awaiting from a consortium of U.S. banks and the Indian media conglomerate, Reliance ADA Group.

An executive close to the deal said the funding would be done "within days."

DreamWorks also will be co-funding "Dinner for Schmucks" with Paramount and Spyglass, which is scheduled to begin production in October.

Casting and pre-production on "Harvey" will begin immediately with cameras turning right after the first of the year.

Disney, which has a distribution deal with DreamWorks, and Fox will distribute the film. Executives said the deal was made so quickly that the territories were not yet divided.

Tropper’s newest book, "This is Where I Leave You," will be published this month.