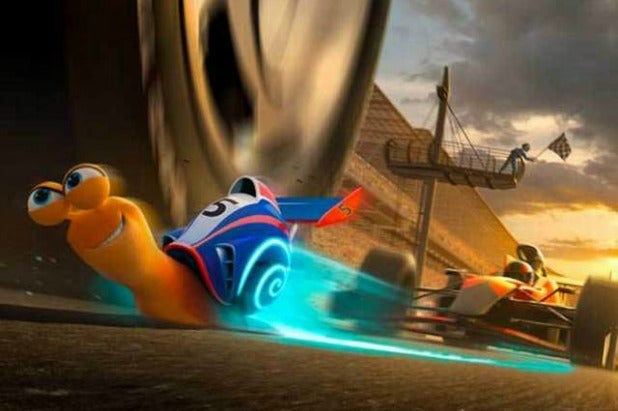 DreamWorks Animation took a $13.5 million loss on its computer animated film “Turbo,” even as the company registered $17.2 million in income in the fourth fiscal quarter of 2013. CEO Jeffrey Katzenberg has previously said “Turbo” will end up being a profitable film, but its performance over the last two months of the quarter forced the studio to take an impairment charge.

The studio did not produce a new movie in the quarter, but it did release its first series under a new deal with Netflix, “Turbo FAST,” based on the characters from “Turbo.”

DreamWorks Animation spent 2013 diversifying its company, branching out into  television, toys  and other areas that can insulate it from any movies that do not work at the box office.

“We made significant progress in 2013, transforming and positioning DreamWorks Animation for long-term success as a diversified family entertainment Company,” Katzenberg said in a statement.

“In 2014, we have three great feature film releases, led by ‘Mr. Peabody and Sherman’ on March 7th, followed by the sequel to one of our most beloved films, ‘How to Train Your Dragon 2’ in June, and ‘Home‘ in November, which has an incredible voice cast led by Rihanna and Jim Parsons. Beyond our feature films we plan to continue to invest in our television, consumer products, digital and location-based entertainment businesses, where we believe there are significant growth opportunities for our Company going forward.”