“The Drew Barrymore Show” has been renewed through the 2023-2024 season, extending the run of what’s becoming one of the most-watched daytime TV shows for a fourth go-around. Steve LoCascio, president of CBS Media Ventures, announced the renewal.

Season to date, “Drew” is up over 70% among total viewers (1.21 million), adding nearly half a million viewers year to year. It ranks as syndication’s No. 4 talk show. 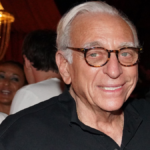 Also Read:
Disney Slams Investor Nelson Peltz Amid Proxy Fight: He ‘Does Not Understand the Business’

“This season, ‘The Drew Barrymore Show’ debuted a new reimagined half-hour format, which has been an undeniable success,” LoCascio said. “Ratings have grown 70% year to year, and creatively, the show is better than ever. Drew makes news every day with her insightful celebrity interviews and welcoming style. Nobody does it better. We’re thrilled to have her in the CBS family.”

“It’s gratifying to see ‘The Drew Barrymore Show’ continue to grow creatively and attract larger audiences,” CBS News and Stations president and co-head Wendy McMahon said. “The new format is working out great for stations, the show and CBS Media Ventures. It makes us very happy that our viewers will be able to continue to enjoy the humor, heart and humanity that Drew, Ross and their colleagues put into each and every episode.”

Since launching in 2020, Barrymore’s bright, human interest-focused interviews have consistently raised the profile of the series not only on TV but on social media — especially TikTok — so the renewal comes as little surprise. 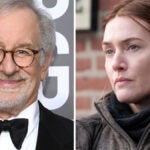 Also Read:
Steven Spielberg Says He Would’ve Directed ‘Mare of Easttown’ If He’d Been Given the Chance
x