This story about “Drunk History” first appeared in the Down to the Wire issue of TheWrap’s Emmy magazine.

Derek Waters has a pretty smart take on why Mandy Moore killed it last season on “Drunk History,” Waters’ Comedy Central show in which an inebriated celebrity tries to tell a fact-based story and other stars act it out, matching every slur and awkward pause.

The “This Is Us” star played Clara Barton and stole the show in the Emmy-nominated “Heroines” episode.

“I do think there’s something about being a musician and lip-syncing to music videos,” Waters said of the singer-actress’ virtuoso syncing to Amber Ruffin’s slurred words. “There are certain people who can do it in a way that is so natural.”

Also Read: Mandy Moore Says She Probably Cried More Shooting 'This Is Us' Than You Did Watching It 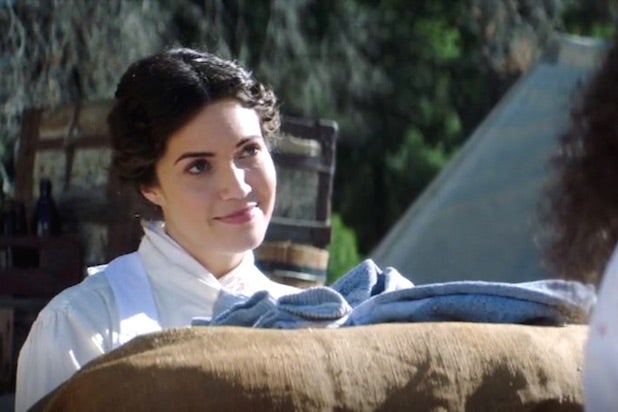 Waters likens his unusual, trademark storytelling technique to silent-film performance. Narration is played on a loop so an actor can get the timing down — and, he admitted, a misplaced word here or there can be cleaned up in post-production.

But how do his drunkies amass so much historical knowledge in the first place? “Most of the people who do it have some sort of idea of the story prior — or the world that it’s gonna be discussing,” Waters said. “But then we send them a research packet so that they have one to two weeks of studying it over and over again.”

The packet tends to include a three-page summary plus a couple of books and links to relevant documentaries. Waters has his guest tell the tale a few times over, only interjecting to make sure the narrator gets names and dates right.

So, most importantly, who picks the alcohol?

“I tell them to get booze that they’ve never had a bad experience with,” Waters said.

No one wants to see these men and women getting sick, but even Derek can’t guarantee no hangover after such a long night of shooting (and shots).

“I make sure they have the whole next day free, because I know that they’ll perform differently if they’re like, ‘I have to be up early,'” he said. “It’s a two-day commitment.”