Dua Lipa was sued this week by Integral Images, Inc., becoming the latest in a long list of stars who’ve been taken to court for posting paparazzi shots of themselves on social media. Integral Images alleges copyright infringement and is seeking $150,000 in damages.

According to the complaint filed in a California district court, Lipa used a February 2019 photo taken by an Integral photographer in a now-deleted Instagram post. The company, it says, “owns the rights to these images which [Integral] licenses for various uses including online and print publications.” 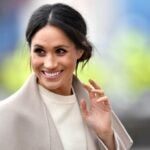 “On information and belief, the Photograph was copied, stored and displayed without license or permission, thereby infringing on Plaintiff’s copyrights,” the complaint reads. “The Infringement is an exact copy of the entirety of Plaintiff’s original image that was directly copied and stored by Defendant on the Account.”

Integral Images asserts that Dua Lipa herself takes an “active” role in selecting and postings photos. Some celebrities outsource the handling of their social media to a third party.

Other celebrities, like Khloé Kardashian, have been sued for posting paparazzi shots on their accounts in the past.

A representative for Lipa did not immediately return a request for comment.