“Dual,” the latest film from director Riley Stearns that stars Karen Gillan and Aaron Paul, has sold its U.S. rights to RLJE Films, a division of AMC Networks, for a deal that landed in the low to mid seven-figure range.

The film played in the U.S. Dramatic competition out of Sundance, and RLJE Films plans to release it theatrically later in 2022. 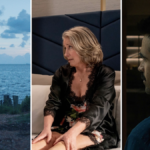 Gillan stars in “Dual” as a woman who receives a terminal diagnosis and chooses to pursue a cloning procedure to ease her loss on her friends and family when she’s gone. But when she makes a miraculous recovery, she attempts to have her clone decommissioned, which leads to her clone taking action to hang onto her life by suing for a court-mandated duel to the death of original vs. the double.

Gillan plays a dual performance in the film, and Paul stars as the original’s trainer in the duel. Beulah Koale also co-stars as Gillan’s wife.

“Dual” marks the latest film in a partnership with XYZ, producer Lee Kim and his Resolute Films and Entertainment, which just entered into a first-look deal with XYZ. XYZ Films previously partnered with RLJE Films on the Nicolas Cage film “Mandy.” 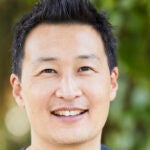 XYZ financed “Dual” through its fund backed by Helsinki-based IPR.VC in collaboration with Bondit Media Capital and Head Gear Films. The film also received support from Business Finland and Film Tampere and marked the first Hollywood production to shoot entirely in Finland.

“’Dual’ was a film we were targeting from the beginning of the Sundance Film Festival and it exceeded our expectations,” Mark Ward, RLJE Films’ CEO said. “We are happy to be working with our partners at XYZ Films yet again and can’t wait to release the film later this year.”

“Shooting ‘Dual’ with XYZ during a global pandemic will forever be an experience I look back on with a tremendous amount of pride,” Stearns said. “I’m beyond thrilled to enter the next stage of this journey with the team at RLJE Films and I can’t wait for audiences to see a film which we all deeply care for.”

XYZ’s Sundance 2022 slate also includes “Piggy” and “Something in the Dirt.”

Stearns is represented by CAA and Grandview.