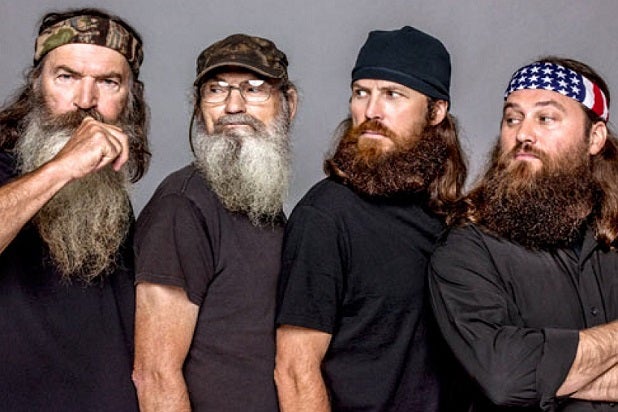 The show won’t go on for “,” the Las Vegas show about the Robertson family featured on A&E series “Duck Dynasty.”

The musical, which is based on a book written by Willie and Korie Robertson, will close on May 17 after less than a two month run.

According to the show’s website, it “transports the Louisiana bayou to the stage in a captivating 90 minute show- seasoned with all the southern spirit and down-to-earth humor you’d expect from America’s most famous rednecks, the Robertson family.”

It officially opened April 15 following previews on Apr. 8 at the Crown inside the Rio Hotel and Casino. Tickets were originally set for sale through June 30. But after getting a lukewarm reception in Sin City, the producers decided to pull the plug early.

“The production is thrilled to have had the opportunity to develop the ‘Duck Commander Musical’ at the Rio,” the producers told magazine Playbill. “Much has been learned from this limited engagement, and from the great support from everyone who has come to see this first staging of this completely new musical. Duck Commander will now consider several possible opportunities for the next stage in the life of the show, including extended sit-down engagements in interested cities, as well as a national tour.”

As TheWrap previously reported, the musical from producer Michael David and “Newsies” director Jeff Calhoun, received much fanfare when it was announced in November.

But not everyone was happy about the controversial family members, who are not shy about their religious beliefs and criticism of homosexuality, expanding their brand.

“It’s pretty disgusting,” said award-winning producer Emanuel Azenberg (“The Last Ship”) when the musical was announced. “But it’s also a reminder that Broadway is mostly about making entertainment today — not art — even if it means getting involved with a family whose members say things that offend a lot of people working on Broadway.”