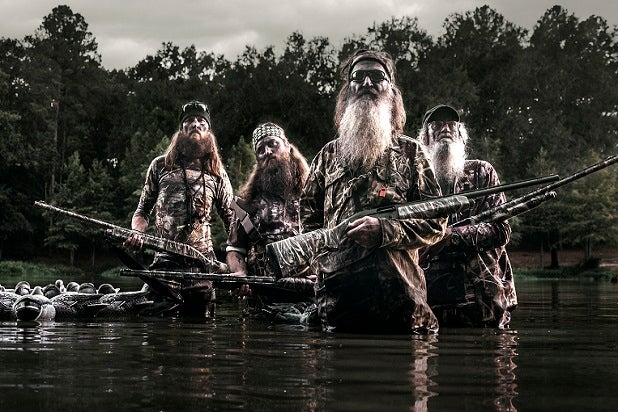 A Los Angeles County Superior Court judge ruled that Scott and Deirdre Gurney, the producers behind the reality show “Duck Dynasty,” should be reinstated as the heads of Gurney Productions after it granted their notion for an injunction, but ITV has appealed the ruling.

So the Gurneys are still out at their namesake company, following a legal battle wherein parent company ITV America fired them based on fraud claims in Dec. 2016.

UPDATE (4:27 p.m.): Since the initial announcement of the judge’s decision, ITV America said it filed an appeal.

In the decision, the judge said the Gurneys had a chance of succeeding in the case based on the merits of their claims against ITV.

“We are grateful that the Gurneys’ request for an injunction has been granted by the court, which reviewed the facts of the case and based on those facts agreed that the Gurneys should be reinstated as the controlling managers of Gurney Productions,” said attorney Michael Weinstein in a statement.

In a statement provided to TheWrap, a spokesperson from ITV said the company immediately gave notice that it would be filing an appeal, which would keep the Gurneys out until the judge rules on it. The spokesperson also said:

“ITV respects the court’s ruling today in which the judge expressly declined to opine on the merits of ITV’s claims and instead gave a view on a preliminary issue of contractual interpretation. We remain very confident of success in the merits of our case, and fully expect to win once the allegations of deceit, fraud and self-dealing by the Gurneys are exposed at a full trial. ITV is appealing the judge’s preliminary ruling, and neither Scott nor Deirdre Gurney can return to Gurney Productions until our appeal has been decided.”

The Gurneys have been engaged in a legal battle with ITV America since December. ITV claimed the couple had engaged in fraud to inflate profits and removed them from the production company, which it had acquired in 2012. ITV accused the Gurneys of breach of contract and fraud following an audit in which it claimed the couple was operating another production company to compete with Gurney Productions.

The Gurneys countersued for $100 million, saying ITV had fabricated those claims in order to lower the value of the company.

“The Gurneys are proud of the company they founded and are looking forward to rejoining their team to continue building upon the consistent growth they have achieved over the past 12 years,” Weinstein continued. “We have always believed the truth was on our side and today the judge reaffirmed our position.”