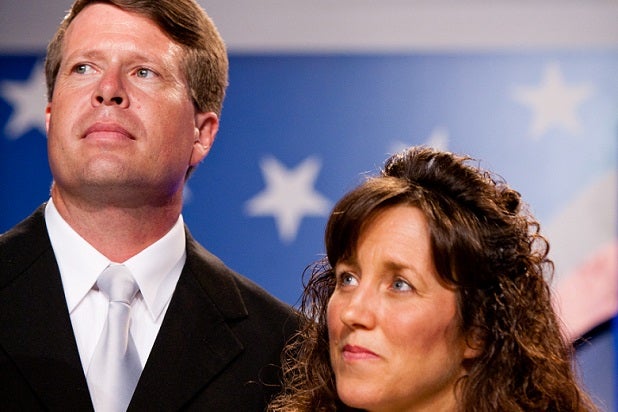 The Duggar family refused to let an Arkansas Department of Human Services worker see one of their children, according to a newly released 911 call.

“Well, we’re Washington County DHS office and we’re out here to, uh, we have an investigation,” a male voice tells the dispatcher in the recording obtained by NBC’s “Today” show. “I guess they’re not being cooperative, and we have to see the child to make sure the child is all right. So we just need police assistance or escort.”

It is unclear what happened next, as the call was transferred to another department. The call was made on May 27, just days after Josh Duggar issued a statement admitting that he had molested five underage girls when he was a teenager.

A DHS spokesperson told TheWrap that they can neither confirm nor deny whether the family is currently under investigation, as such matters are confidential under Arkansas law.

In their interview with Fox News anchor Megyn Kelly, Jim Bob and Michelle Duggar defended Josh against harsh labels like “pedophile,” as well as their own actions in the wake of his confessions that he had inappropriately touched five young girls, including sisters Jessa and Jill, while they were sleeping.

Josh was the executive director of the Family Research Council’s legislative affiliate FRC Action, but has since resigned from his position. In a statement, president Tony Perkins acknowledged that Josh had resigned by saying, “We will be praying for everyone involved.”