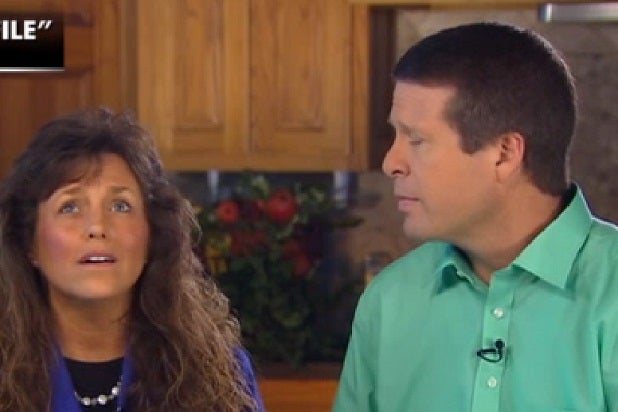 In the wake of Jim Bob and Michelle Duggar’s explosive interview with Fox News’ Megyn Kelly Wednesday, experts in the child abuse and the law have voiced their concern about how the TLC reality stars handled their son Josh’s admissions of molesting five girls, including four of his sisters.

“Parents have a legal duty to ensure the safety of their children,” Steve Meister, criminal defense attorney and former prosecutor, told TheWrap. “These parents protected their son at the expense of their daughters.”

The Duggar parents, stars of TLC’s now-suspended series “19 Kids and Counting,” told Kelly that they put “safeguards” in place after Josh as a young teenager confessed that he had inappropriately touched two of his sisters while they were sleeping. But Josh had at least two more incidents involving another two sisters and a babysitter before they removed him from the home.

That lag time is one reason why the Duggar case has horrified child safety advocates, many of whom have expressed outrage at the response of both the parents and authorities in Tonitown, Arkansas.

But child abuse experts say such intra-family molestation cases are not as uncommon as people might think.

“Children are curious when they’re developing,” said Daphne Young of Childhelp, the largest national nonprofit dedicated to the treatment and prevention of child abuse. “We’re just not comfortable talking about.”

Young said it’s understandable that parents would want to protect the offending child.

“When people are faced with sexual abuse within the family they tend to deal with it privately and minimize the offense,” she said.

Indeed, the Duggars seemed to downplay the severity of Josh’s actions in their conversation with Kelly. “This was not rape or anything like that,” the family patriarch said. “There were a couple of instances where he touched them under their clothes, but it was like a few seconds. And then he came to us and was crying and told us what happened.”

Experts said that the parents seemed to be in denial about their son’s behavior, an understandable response that had real consequences. “All they did,” Meister said, “was ignore the possibility that it might recur.”

More troubling to the experts, though, was just how long the parents waited to seek outside help — for Josh or for the the girls involved. The Duggars admitted that 16 months elapsed between from Josh’s first confession and the time they contacted authorities about the abuse.

Young said that families like the Duggars should not try and deal with the situation themselves, but turn to professional help at the first hint of misconduct. “Only they can assess what’s really going on in the house,” Young said. “The quickest way to heal is to reveal what happened.”

The legal consequences of Josh Duggar’s actions are a little more straightforward.

Though Josh has admitted to the molestation and apologized for it, he won’t be held accountable for the crime — at least not in a court of law and neither would his parents. Under Arkansas law 5-27-221, “a person commits the offense of permitting abuse of a minor if, being a parent, guardian, or person legally charged with the care or custody of a minor, he or she recklessly fails to take action to prevent the abuse of a minor.”

But experts say those cases are hard to prosecute.

“While there is the potential that a law was broken here, you very rarely see prosecutions in intra-family cases,” Dr. David Finkelhor, director of Crimes Against Children Research Center, told TheWrap.

The question is moot since so much time has expired since the molestation incidents. “If the statute of limitation for child neglect has expired, which it did, nothing can be done,” Meister said.