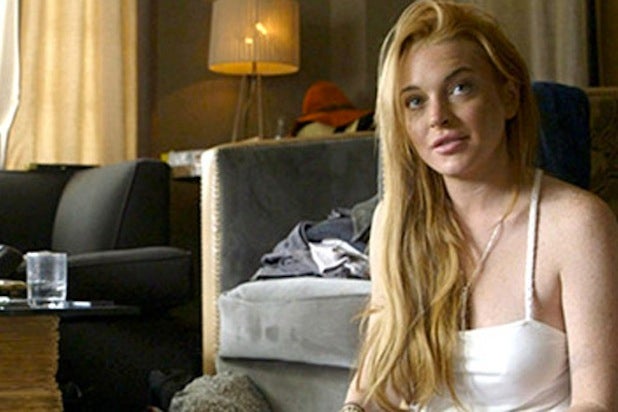 Apparently having a miscarriage is a crime.

At least, you would assume as much from our idiotic celebrity media, which described Lindsay Lohan‘s discussion of her miscarriage as a “confession” (PerezHilton.com) that she was “coming clean” about (HollywoodLife.com) and had “admitted” to (The Indepenent).

Also read: Lindsay Lohan Says She Had Miscarriage During Production, Addresses List of Lovers on OWN Finale (Video)

All of these judgmental phrases insinuate that she did something wrong. As countless women who have had miscarriages can tell you, they don’t need to be treated like criminals. Or publicly shamed.

You confess to a murder. Come clean about a robbery. Admit to a cover-up.

You suffer a miscarriage.

Also read: I Don’t Know What Bryan Singer Did, and Neither Do You

I’m interested in coverage of Lindsay Lohan because she’s a bit of a human empathy test. On the one hand, she’s profoundly unsympathetic: a troubled Hollywood starlet who has inconvenienced colleagues, driven drunk, and in the process endangered other human beings.

On the other, she’s battling alcoholism, a rapacious disease, she was raised by two terrible, selfish parents, and she seems to be surrounded by opportunists. She said last week that someone stole a list she wrote while trying to get healthy in a 12-step program, and sold it to In Touch.

I don’t suspect all the judgment — or outright mockery — is helping her get better. It seems obvious that the people most interested in writing about her have ceased to see her as a human being deserving even basic sensitivity.

Here’s the lead of PerezHilton.com’s story about the miscarriage:

“Lindsay Lohan‘s miscarriage confession! That’s what viewers got Sunday night on the finale of the troubled starlet’s OWN reality show! Talk about going out with a bang!!!”

Is this how you would handle it if your friend or relative had a miscarriage, Perez? “Amy’s miscarriage confession! That’s what she just made to me on the phone! Talk about a shocker!!! Let’s get to the hospital and comfort her now.”

A while ago I wrote a satirical book that included an aside about a reporter who covers celebrity miscarriages. This was in 2008, and I thought it would be absolutely beyond the pale for reporters to be so invasive.

Silly, naive me. They’re not only covering celebrity miscarriages, but covering them terribly.

But when you say “there” instead of “their,” no one gets hurt.

When you use “admission” or “confession” instead of hundreds of better options, you end up dehumanizing people.