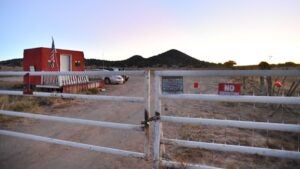 With the rise of streamers, ticket sales become less of a factor for many films Hollywood wants to turn into long-lasting IP

Even before the pandemic, Warner Bros./Legendary’s “Dune” was shaping up to be one of the biggest cinematic gambles of the year. And based on the opening weekend numbers, it wouldn’t look like this gamble resulted in a jackpot for the Burbank studio or its China-based production partner.

“Dune” posted a $40 million domestic opening — a fraction of the film’s $165 million production budget. But there is good news for the studio: It was the best debut this year for Warner Bros. as well as the best career opening for director Denis Villeneuve (topping his previous best of $32.7 million for “Blade Runner 2049”). And $9 million of the film’s opening came from Imax screens, continuing the trend of the premium format boosting the opening of recent blockbusters as Warner reports that 24 of the top 25 highest grossing theaters nationwide for “Dune” had Imax auditoriums.

The bad news is that while “Dune” is on course to have a higher global total than the $259 million grossed by “Blade Runner 2049,” — it currently stands at $220 million — its run may get cut short by the arrival in two weeks of Marvel Studios’ “Eternals,” which is expected to dominate the 18-35 demographic. 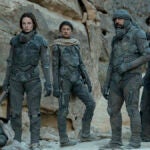 Given the competition and the lingering hurdles of the pandemic, “Dune” isn’t likely to raise its total much higher than $300 million, which box office analysts estimate is the break-even point for a film that had a sizable marketing spend that included a premiere at the Venice Film Festival. In fact, those numbers cast a cloud over Warner’s plans for “Dune” to launch a franchise that would include a sequel — also directed by Villeneuve — that adapts the second half of Frank Herbert’s original 1965 novel, as well as a spinoff streaming series that would be based on Herbert’s many sequels.

But in an era where most of Hollywood’s top studios are in a race to build the subscriber counts for their streaming services, the metrics of success for a franchise launch title are quickly changing. Nowhere is this more evident than at Warner Bros., where studio chairman Ann Sarnoff and WarnerMedia CEO Jason Kilar have indicated that they are looking beyond theatrical grosses for “Dune,” and that they will continue to do so long after the theatrical marketplace finally recovers fully from COVID.

That’s good news for fans of “Dune,” which bears little resemblance to escapist sci-fi adventure stories like “Star Wars.” Villeneuve’s film is adense, deeply cerebral sci-fi tale that is dark in tone and rich in themes like environmental ruin and imperialism. While the film has been critically praised with an 86% Rotten Tomatoes score, the history of mature sci-fi at the box office shows that there is a certain limit to how those kinds of movies perform in theaters.

Consider “Blade Runner 2049,” another high-brow sci-fi film that only grossed $259 million globally against a $150 million budget. On the flip side, Villeneuve scored financial success with the 2016 Paramount sci-fi film “Arrival,” which cost just $47 million but earned $100 million domestically and $203 million worldwide. Sci-fi films with a similar tone to Villeneuve’s work include “Ad Astra,” which grossed $127 million globally against a $90 million budget, and the “Alien” prequel “Prometheus,” which grossed $126 million domestic and $403 million worldwide.

“From what we’ve seen on how this subset of dark, intense sci-fi does at the box office, it’s clear that there is a defined audience segment for it but not large enough to consistently deliver over $125 million domestic,” Boxoffice editor Daniel Loria said. “And that’s OK! Not every film needs to gross over $200 million to be a hit.

“But it does mean that expectations have to be adjusted given that data, and Warner Bros. knows that,” he added. “They saw how ‘Blade Runner 2049’ did and it is certain that they took that film into account when producing and marketing ‘Dune.'”

So if Warner knew the box office limits of a dark Villeneuve sci-fi film, what’s different about “Dune” that made studio execs believe it could be a long-term franchise beyond the book’s hardcore fans — especially at a more blockbuster budget more than three times that of “Arrival”?

First, there’s the cast. While “Blade Runner” leads Harrison Ford and Ryan Gosling are certainly no slouches in the star department, Warner is banking on the popularity of Timothée Chalamet and Zendaya among younger audiences to draw interest to the franchise. Trailers and TV spots have also heavily promoted the presence of “Aquaman” star Jason Momoa and “Guardians of the Galaxy” star Dave Bautista despite their minor roles. 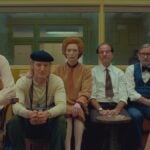 Warner also seems to have learned from a big mistake that hurt “2049” four years ago: plot confusion. While “2049” had stunning visuals and Oscar-winning cinematography that was heavily promoted, the trailers did little to explain the plot to anyone who had not seen the first “Blade Runner” more than three decades before.

The “Dune” trailers, while promoting the Imax-worthy scope of the film and its starry cast, have done a better job conveying the plot, with Chalamet’s Paul Atreides traveling to a hostile desert planet coveted for its precious resources while receiving strange dreams of his future as both the head of his family’s armies and as a prophesied chosen one known as the Lisan al-Gaib. No matter when or how audiences see “Dune,” plot conveyance will be key to getting them invested long-term in Paul’s story.
-
And Warner Bros. chairman/CEO Ann Sarnoff is confident that the studio can build that long-term interest. In a pre-earnings interview with TheWrap, Sarnoff said that her team is practicing patience with “Dune,” noting that the pandemic has not only changed the nature of the box office but also how people discover new films and TV shows to watch.

She pointed to “The Many Saints of Newark,” a “Sopranos” prequel that tanked in theaters with just $11.4 million but saw solid viewership on HBO Max as well as elevated interest in the original HBO series. As a result, “Sopranos” creator David Chase is in talks with Warner to turn “Many Saints” into a streaming series that continues the prequel story of “The Soprano.” “We knew with the pandemic that it was going to be very unpredictable with how our films would perform, and with HBO Max we’ve been able to truly gauge how consumers are watching our films on multiple platforms,” Sarnoff told TheWrap.

As the studio has released its films in theaters and on HBO Max this year, HBO Max EVP/General Manager Andy Forrsell said the studio has looked beyond ticket sales and hours streamed — but also how long subscribers who join HBO Max when a new film comes out stay with the service.

“There’s a lot of variability when you do that with just one film, but as we have looked at the whole slate, we were able to project how much we would get out of the box office and how much acquisition value and retention value we get with HBO Max,” he said. “We look at those chunks of value for each film and add them up, and if a film’s value from box office was softer we’d see better numbers from Max and vice versa.”

In other words, Warner Bros. isn’t relying on a single tentpole film or even a single revenue stream like theatrical to bolster its bottom line, which has allowed the studio to make long-term plans with IP even if the box office numbers seem soft. Even though “The Suicide Squad” failed to launch in theaters back in August, the studio is still confident that DC fans will subscribe to Max next year to see “Peacemaker,” a spinoff series starring John Cena as a foulmouthed government agent that was introduced in James Gunn’s bloody R-rated blockbuster.

If the series becomes a streaming hit, “The Suicide Squad” will have been a success in Warner’s eyes as they have mapped out a 10-year plan for the DC franchise across theatrical and streaming.

As Disney has demonstrated with its successful Marvel Disney+ series and its plans to turn classic animated films into spinoff streaming series, there’s plenty of opportunity to turn franchises introduced on the big screen into gold on the small screen. Not only is Warner Bros. planning its own version of that formula, but it’s almost certain that Universal and Paramount will have similar plans down the line with Peacock and Paramount+.

And so in a world where sequels and merchandise are just the beginning of how franchises can yield millions for studios, Warner’s plan to turn “Dune” into a sci-fi “Game of Thrones” isn’t dead on arrival. Even if it gets lost in the flurry of holiday blockbusters to come in the next two months, “Dune” could find renewed interest on HBO Max. And as the awards race heats up, Warner Bros. execs say they haven’t ruled out a theatrical re-release early next year if it earns a Best Picture nomination.

So don’t be surprised if despite the underwhelming numbers, Warner Bros.’ announces that it is calling back Villeneuve, Chalamet, Rebecca Ferguson and the entire “Dune” cast to finish Paul Atreides’ adventures on Arrakis…and possibly continue his story with adaptations of Herbert’s five sequel novels.

“If you’ve seen the film you know it ends with the line ‘This is only the beginning,'” Sarnoff said. “And while we haven’t announced it yet, we would really love to continue this series with a filmmaker as passionate about this story as Denis.” 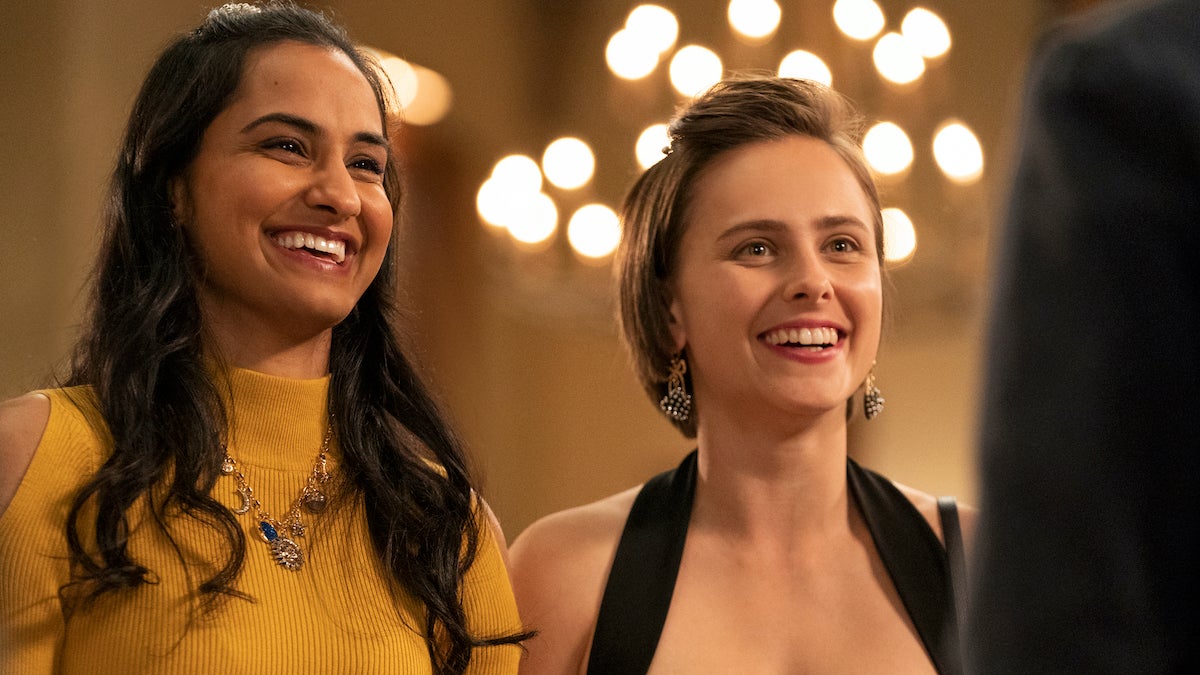 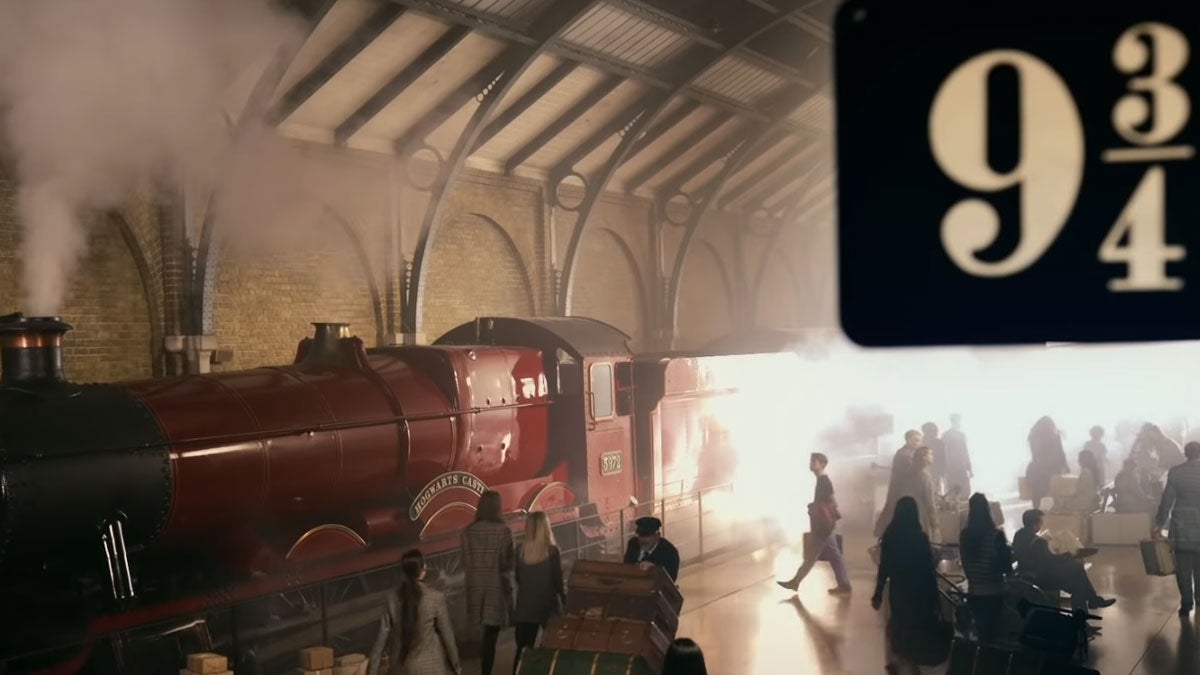 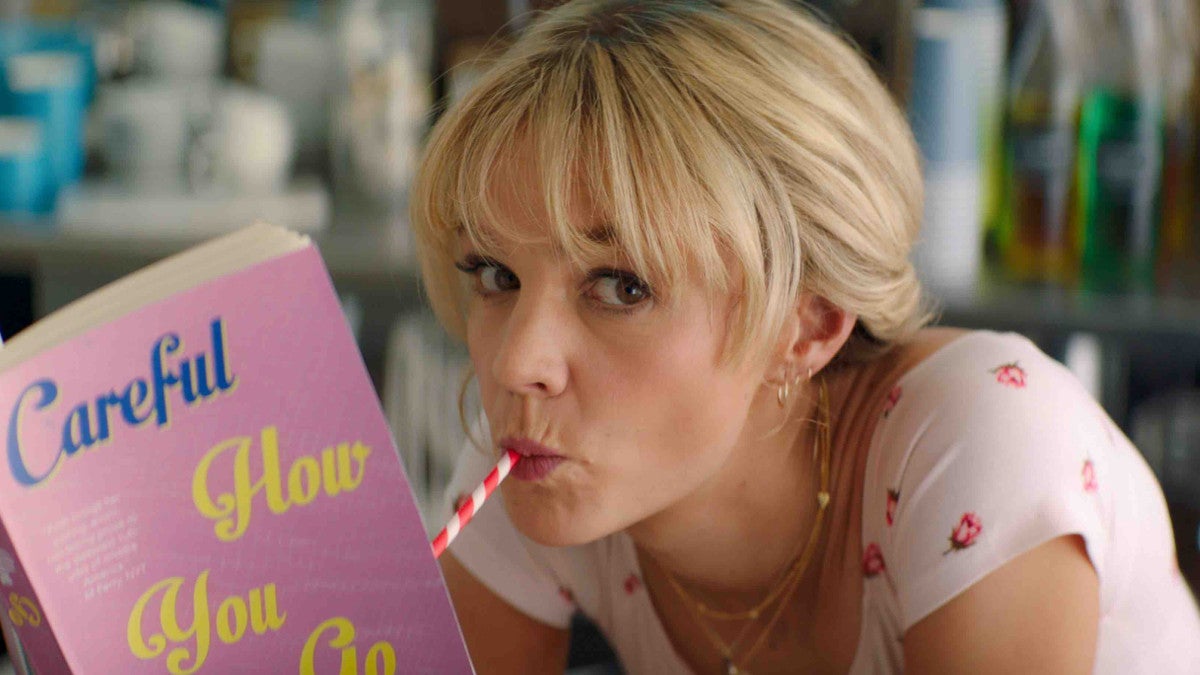 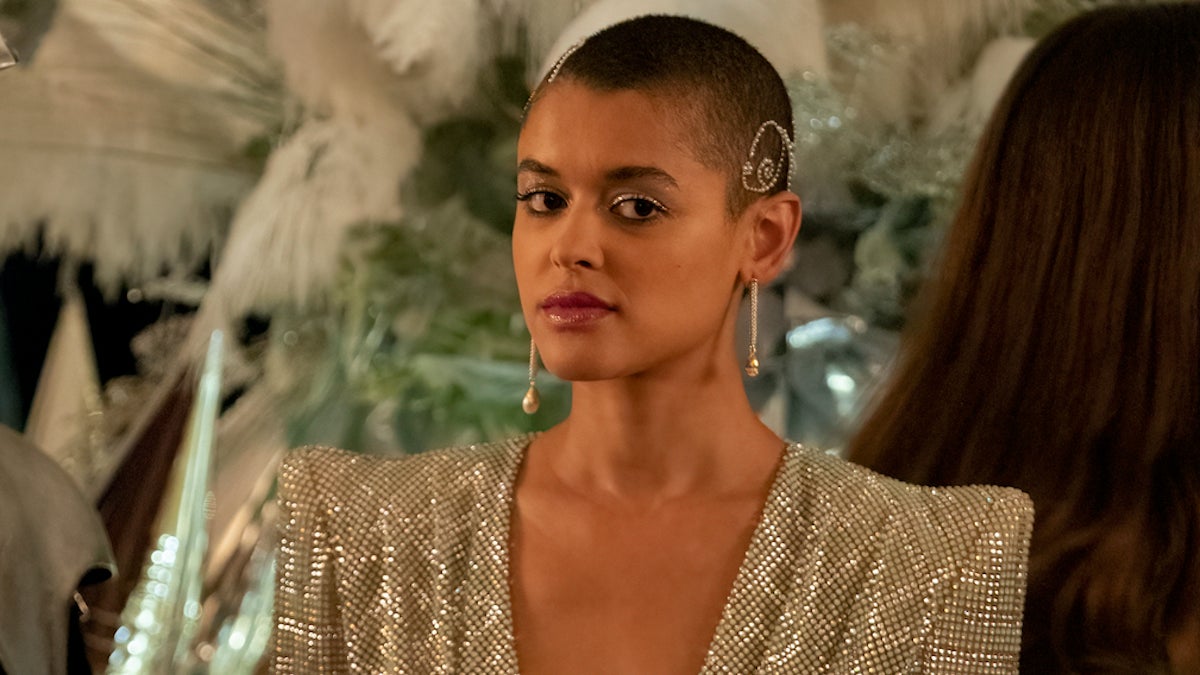