The sad truth about some of the coolest movie costumes is that for as great as they look on screen, they can be a bear for an actor to actually perform in. Not so with the costumes from “Dune” though, as the film’s costume designers boasted that the film’s stillsuit outfits gave the cast a confidence and swagger that set the tone for the whole movie.

Costume designers Jacqueline West and Bob Morgan watched as the stillsuits they had built for the main cast managed to get each actor into character and brought the best out of their persona, whether it was Timothee Chalamet practicing his sand walk movement, Rebecca Ferguson “doing high kicks” or everyone crawling around “like spiders on the floor.”

“They became like karate masters in those stillsuits. And everybody reacted differently,” West told TheWrap. “Jason Momoa looked taller, which is almost impossible, and Javier Bardem, he just became very dark and swarthy. It was really beautiful to see them transform.” 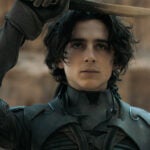 The stillsuits in “Dune” are the futuristic survival suits worn by the desert planet race known as the Fremen, providing mobility and hydration in the harsh conditions on the planet Arrakis. Moving away from the rubbery and bulbous look of the stillsuits from the 1985 “Dune” from David Lynch, the new suits are complex in their many components yet athletic, form fitting and all of a single piece. And seeing as they’d have to be wearing them in the heat of the Jordanian desert, West and Morgan were pleased to see how popular the suits were with the cast.

“I don’t think they were inhibited in any way,” West said. “It did change their personal body language. They became quite powerful. Sometimes actors are really fluid; Timothee when he put it on changed his whole how he walked, how he even talked and acted. I always think that’s the measure of a good costume: it’s the bridge between the actor and the character.”

West and Morgan recruited artisans from all across Europe into their workshop and had them each focus on individual parts of the stillsuit’s design, be it the breast plate, the other pieces of armor or the nose pieces that facilitate breathing in the planet’s climate, not to mention the flowing and draping cloaks that gave the Fremen in particular the look of Middle Eastern-inspired, ancient nomads.

What they came up with were over 200 different “bespoke” suits, each form fitted and designed for actors with different bulks and body types, be they Chalemet, Ferguson or Momoa. That’s in addition to the countless costume designs for the battle armor, space suits or “Mod-eval” dress gowns that drew inspiration from everything from Romanoff paintings to Ballenciaga. 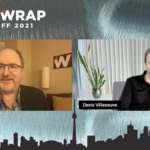 West and Morgan say so much of the look for “Dune” came from the vision of director Denis Villeneuve in bringing to life the creation in Frank Herbert’s classic book.

“Dune” opens in theaters and on HBO Max on Friday.