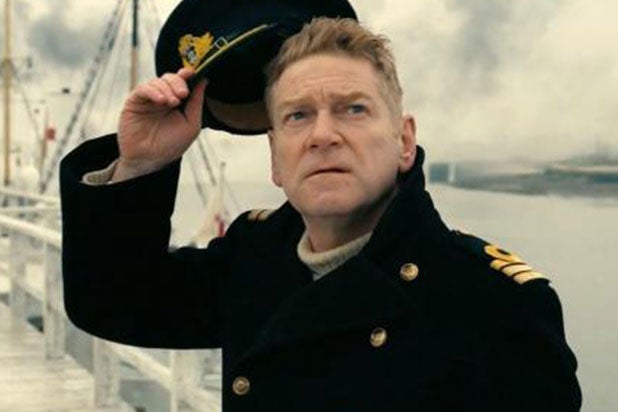 If you know Christopher Nolan’s movies, you know that fanboys, the media and more pick apart the nuances and carefully constructed details of his movies with a fine-tooth comb. His last movie “Interstellar” was subjected to especially high scrutiny when audiences searched for not just plot holes but also scientific inaccuracies and environmental soundness.

So just how accurate is “Dunkirk,” Nolan’s first movie based on actual events in World War II? The characters Nolan follows are all fictional, but the bleak reality it paints isn’t.

How many people were actually evacuated from Dunkirk?

The first thing to know is that Dunkirk is the name of a town in northern France, just a handful of miles from the Belgian border. The movie begins in the midst of World War II after the Battle of Dunkirk and focuses on the May 26 to June 4, 1940 evacuation of over 400,000 soldiers left remaining on the beaches, a plan referred to as “Operation Dynamo.”

At one point in the film, two officers played by James D’Arcy and Kenneth Branagh say the plan is to evacuate at least 30,000 troops to defend the homeland, but they can plausibly promise 45,000. That would’ve left a lot of soldiers high and dry… and those bleak estimates were accurate. As detailed in the book “History of the Second World War,” after two days of evacuations, it was expected Germans would block any further retreat, and only 25,000 men in all actually escaped during this period.

While the movie says a conservative estimate of 300,000 made it out alive, ultimately, 338,226 soldiers were rescued from the beaches and harbor combined.

How many civilian boats came to help the British soldiers?

In “Dunkirk,” Mark Rylance plays a local sailor who was among the many civilian boats that went to Dunkirk in an attempt to help the stranded soldiers. An inspiring moment in the movie suggests that dozens, if not hundreds, of boats helped the cause.

In real life these were called the Little Ships of Dunkirk, and over 700 private boats sailed from Ramsgate in England to Dunkirk in France. The movie also suggests that the boats were of all shapes and sizes, and this too was accurate. The history book “Dunkirk: Retreat to Victory” says that the Little Ships of Dunkirk included pleasure boats, yachts, fishing boats and small, motorized lifeboats. Like in the movie, many of the boats could not land on the beaches, and soldiers had to swim out to meet them. Some soldiers even jumped off the smaller boats once they were brought to larger warships.

How long could Tom Hardy‘s fighter stay in the air?

In the film, Tom Hardy engages in a dog fight and finds his fuel gauge has been cracked. He radios to his associate and scratches with some chalk “50” and “14:30,” as in how many gallons of fuel he has left and when it will run out.

Many of the planes flown and lost during the Dunkirk evacuation were the Supermarine Spitfire, a single-seat fighter aircraft used by the Royal Air Force. The Spitfires had up to 170 gallons of fuel and could travel up to 1,355 miles, according to an original document shared on a forum. But that number decreases significantly when in heavy combat compared to cruising.

SPOILER ALERT AHEAD!!! This may explain why at the end of the film, Hardy’s pilot is able to cruise for seemingly miles after all his fuel has run out and the propeller has stopped turning on his plane: The BBC reported that after the war Spitfires were experimented on in an attempt to break the sound barrier. During one of those test flights, the pilot was able to successfully glide and navigate his plane down safely after the propeller had completely broken off.

“Dunkirk” passes our tests, but the French may have something else to say about it.