Dwayne Johnson will star as the voice of beloved DC canine Krypto the Super-Dog in “DC League of Super-Pets,” Warner Bros. Pictures announced on Friday.

Johnson and Dany Garcia will also produce via their Seven Bucks banner. The upcoming animated superhero action adventure from writer/director Jared Stern will fly into theaters on May 20, 2022.

The film, from Warner Bros. and Warner Animation Group (WAG), is co-directed by Sam Levine and is the first-ever feature to star Superman’s best friend. Casting for the roster of two- and four-legged heroes and villains in the film is underway and will be announced at a later date. 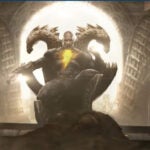