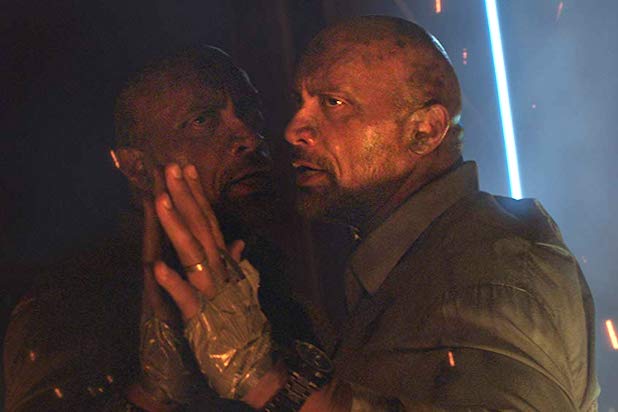 Legendary and Universal’s “Skyscraper” is looking to open in the $35 million to $40 million range, against a reported budget of $120 million.

The action film stars Johnson as Will Sawyer, a former FBI agent and amputee who gets a job as head of security for the tallest building in the world. But when terrorists attack the building and frame him for the crime, Sawyer must both clear his name and save his family from danger. Rawson Marshall Thurber wrote and directed the film, which has a 52 percent score on Rotten Tomatoes. Neve Campbell also stars.

The animated film “Hotel Transylvania 3” is also opening this weekend and is expected to earn in a similar range as “Skyscraper,” with both films contending against “Ant-Man and the Wasp” for the No. 1 spot. A $35-40 million opening would be a solid start for “Hotel Transylvania 3,” given it had a budget of $65 million.

By comparison, the first “Hotel Transylvania” opened to $42 million in 2012, while the 2015 sequel opened to $48 million, the best opening for an animated Sony release.

“Hotel Transylvania 3” sees Count Dracula (Adam Sandler) and his family take a break from running the monster getaway spot and head on a cruise vacation. Along the way, Dracula falls in love with the ship’s captain, Ericka (Kathryn Hahn), not knowing she is the great-granddaughter of Dracula’s archrival, Abraham Van Helsing (Jim Gaffigan).

Genndy Tartakovsky directed the film and co-wrote it with Michael McCullers. The film also stars an ensemble cast featuring  Andy Samberg, Selena Gomez, Kevin James, David Spade, Steve Buscemi, Keegan-Michael Key, Molly Shannon, Fran Drescher, and Mel Brooks, all of whom reprise their roles from the previous films in the series. The film has a 59 percent RT score.