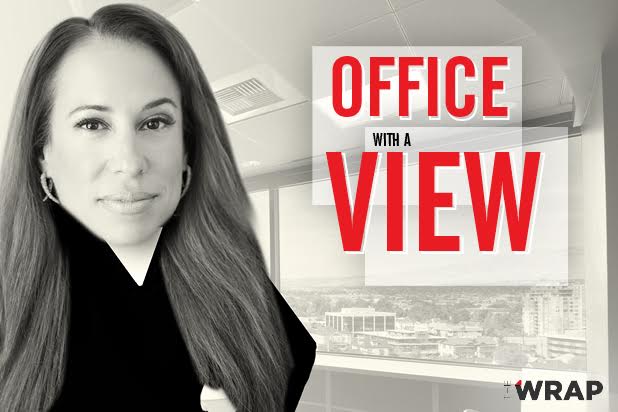 To say Dany Garcia is a busy woman is an understatement.

In addition to a career as a professional bodybuilder, she is also the manager and producing partner Dwayne “The Rock” Johnson, the top action star on the planet. The two were previously married but now enjoy a fruitful relationship together as the co-founders of Seven Bucks Productions.

While Garcia’s business and finance acumen, which includes a stint at Merrill Lynch, have proven invaluable in the entertainment space, Garcia believes it was Johnson’s drive to succeed that fueled his career.

“I’ve never met another individual who takes advantage of every opportunity that’s put in front of him,” Garcia told TheWrap.

She also told TheWrap about hosting yearly “global domination summits” with their partners to further extend the Dwayne Johnson brand, as well as balancing her three careers and why Johnson decided to move into television with his HBO series “Ballers.”

TheWrap: Describe your working relationship with Dwayne “The Rock” Johnson.
Dany Garcia: That is a good and complicated question. He is my production partner and co-founder for Seven Bucks Productions. So we executive produce and produce together. But at the same time my management company, the Garcia Companies, runs the Team Rock Enterprises and I manage D.J.’s brand and his career.

And of course we have a beautiful 14-year-old daughter that we raise together, so we are partners on many different levels.

You’re a producer, a manager and a professional bodybuilder. How do you balance those three careers?
My day starts at 6 a.m. and the first half of my day focuses on my bodybuilding career. So from 6 t0 12 that’s when I’m shaping and doing my cardio and getting ready for my day. And luckily, the majority of our team is based on the West Coast. So by the time they are beginning to get up, then I’m wrapped on my training and move from 12:30 on until 7 or 8 with the West Coast portion of my team.

The other aspect is, I’ve worked very hard so that all of my partners understand that with Dany Garcia comes this bodybuilding career and so usually in the mornings those are blocked times because I’m training, and everyone has been so supportive.

What are the Garcia Companies working on currently?
The Garcia Companies is a holding company mostly focused on media. We oversee the running of Seven Bucks Productions, the Team Rock Enterprises. We have an interest in restaurants on the East Coast and we’ll be opening up on the West Coast in just a few weeks. And so we continue to look at business in different fields.

What was it like moving from finance into entertainment?
I was with Merrill Lynch for a number of years and it was a fairly easy transition because during the majority of that career I was married to Dwayne and he is so giving and so open, so I was always involved in what he was doing with the WWE and his transition into film. I was able to bring that finance experience, which had me interacting with CEOs and analyzing business and bring that into his career.

Even at an early age, we both had an understanding that a talent can enter the entertainment market and be one-dimensional or be so much larger; have relationships with your partners and the studios and take a business perspective with every project. And all of a sudden the career and the relationship looks very, very different. You make great partnerships that pay off in television and film and anything else you want to do.

How much of Dwayne Johnson‘s career has been accidental and how much by design?
The intention was always to be the best, make an impact and move the needle. That’s an inherent Dwayne Johnson characteristic. The other aspect of it — I’ve never met another individual who takes advantage of every opportunity that’s put in front of him. And I would think that’s definitely a result from his upbringing when opportunities weren’t available and there was questions of where they were going to live and where money was going to come from.

So my role to play is “What is the business aspect?” And he just has so much drive and ambition to become the absolute best. And you become the best in one area, and that opens five doors. And we think, “Can we do all five? Can we do two?” We have our Global Domination Summits every year. We gather all our partners and ask how we can extend our business and partnerships globally.

Dwayne has primarily done film. Why has he decided to do “Ballers” with HBO?
We both really enjoyed working in television, the time we spent with the WWE and just the lessons culturally we learned. Vince McMahon was really a mentor. He gave us these philosophies about what the audience needs and how to take care of the audience. And so we went back to television, it was really comfortable for us … And television really allows us to reconnect and get back in the living room. Right now we’re looking at 57 projects and three quarters of them are television.