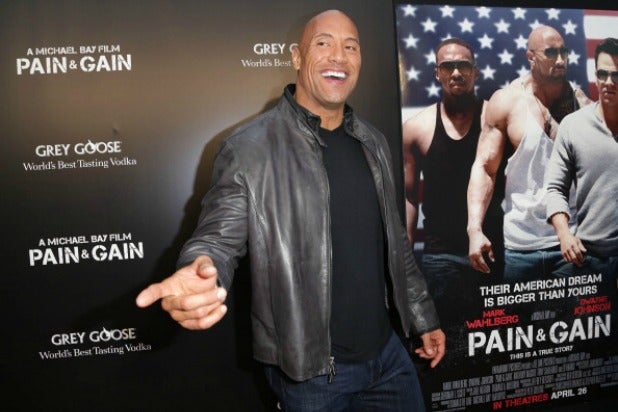 TNT has greenlit Dwayne “The Rock” Johnson’s “Wake Up Call,” in which the actor-wrestler will help ordinary people overcome massive challenges.

The network has ordered eight one-hour episodes of “Wake Up Call,” which is a working title. It is slated for 2014.

The show will find Johnson waking people up at 4 a.m., staging dramatic reunions and finding other ways to motivate people to do great things.

“In ‘Wake Up Call,’ The Rock will tackle the worst of the worst and make them into the best of the best with his own personal brand of high-octane motivation,” the network said. “From dysfunctional homes and dead-beat dads to sports teams that don’t gel and businesses struggling to survive, The Rock is going to descend into the chaos of everyday problems to pull good people up by the bootstraps, reminding them what hard work, passion and true discipline can accomplish.”

Finally, Johnson and Dany Garcia (“Snitch,” “The Hero”) will executive-produce for 7 Bucks Entertainment.

“We had a wonderful time working with Dwayne ‘The Rock’ Johnson on ‘The Hero,’ in which he challenged and mentored a group of everyday heroes,” said David Eilenberg, senior vice president, unscripted development for TNT and TBS. “‘Wake Up Call’ evolved from our experience on ‘The Hero’ and is its natural successor, bringing the human spirit of that show home to take on everyday challenges. In this new series, Dwayne will bring his mission of empowerment and change right to people’s front doors.”