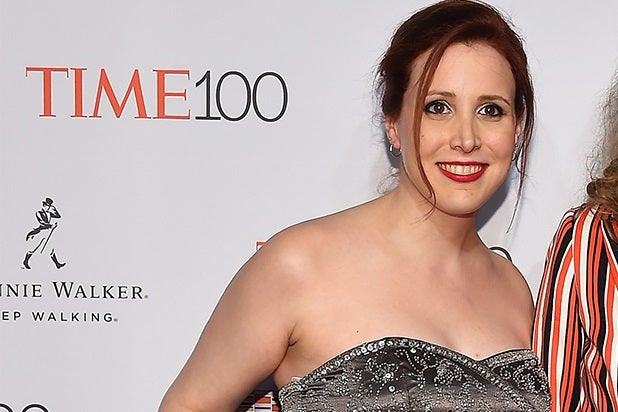 Despite all the celebrities in black at the 2018 Golden Globes, Dylan Farrow wondered on Twitter Sunday, “Is this really the turning point?”

Farrow, who has accused director Woody Allen of sexually abusing her as a child, took to Twitter Sunday morning to discuss the #TIMESUP and #MeToo movements, which were a huge part of Sunday’s Golden Globes. She discussed her open letter in the New York Times in 2014, in which she told her side of the accusations against her adoptive father that stem back to 1992.

The open letter published was after Allen was honored with the Cecil B. DeMille Award, which honors “outstanding contributions to the world of entertainment,” at the 2014 Golden Globes. Allen continues to deny Farrow’s accusations of any wrongdoing, and he has never been charged in the case. Allen did not immediately reply to TheWrap’s request for comment on Monday.

It’s #GoldenGlobes Sunday. Four years ago, at the Globes in 2014, Woody Allen was awarded the Cecil B. DeMille award for lifetime achievement. Four years ago I decided enough was enough and wrote an open letter detailing the abuse I sustained at the hands of Woody Allen. /1

I thought it would make a difference. I thought things would change. I learned quickly (and painfully) that my optimism was misplaced. His time wasn’t up. /2

With “his time wasn’t up,” Farrow referenced what became a huge part of this year’s Golden Globes. A response to and show of solidarity with the numerous women who have come forward to report sexual misconduct by powerful men in Hollywood and beyond, #TIMESUP has spawned a legal defense fund for women. Celebrities wore black at the Golden Globes to show their support for the movement, and several brought women’s rights activists as their guests to help push the issue.

But Farrow noted how little effect her own story had on Hollywood in 2014.

Today, four years later, it is Globes Sunday again and many, if not most, will be wearing black on the red carpet in solidarity with the #TIMESUP movement. They will stand against sexual harassment and abuse in their industry and all others. Good. I stand with them. #metoo /3

But I have to wonder – is time really up now? Is this really the turning point? I have no doubt it can be. I have no doubt the time is right. But in order for things to meaningfully change, they need to change unequivocally. /4

Also Read: Recy Taylor: Here's the Story of the Woman Oprah Praised at the Golden Globes

No predator should be spared by virtue of their “talent” or “creativity” or “genius.” No rock should be left unturned. The principles of the movement need to be applied consistently and without exemption. /5

I will be watching tonight with a very different feeling than I had at this time four years ago. I will watch with optimism, with hope, and with the firm belief that there is a brighter future ahead. And I will watch to see if now, finally, time is up for my predator too. /6 end.

This year’s Cecil B. DeMille Award winner was Oprah Winfrey, who used her acceptance speech to discuss the recent widespread accusations of sexual misconduct by men. Winfrey referenced women who have fought and continue to fight for their rights and safety, including Recy Taylor, a Black woman who was raped by six white men in Alabama in 1944, and fought unsuccessfully to bring them to justice.

“…I want all the girls watching here, now, to know that a new day is on the horizon!” Winfrey said during her speech. “And when that new day finally dawns, it will be because of a lot of magnificent women, many of whom are right here in this room tonight, and some pretty phenomenal men, fighting hard to make sure that they become the leaders who take us to the time when nobody ever has to say ‘Me Too’ again.”