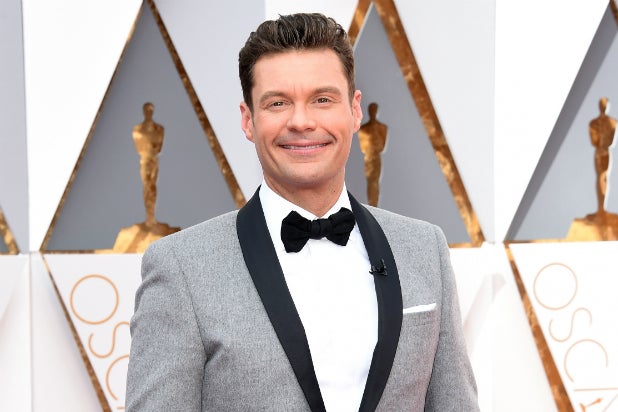 E! will not implement a live delay for its broadcast from the Oscars red carpet, despite a report saying they were considering it after a contentious back-and-forth this week between Ryan Seacrest and a woman who accused him of sexual misconduct.

“As always, we tape multiple sources of content simultaneously to deliver the best possible show, and there are often brief delays between interviews,” the rep added.

A delay of 30 seconds was being considered, Deadline reported Sunday morning, to allow “plenty of time” should Seacrest have an awkward moment with any talent attending the annual ceremony over the resurfaced misconduct accusations brought by his former wardrobe stylist.

For a live show like the one Seacrest and Giuliana Rancic host, talent interviews are often pre-taped and aired minutes after they occur thanks to the frenetic pace of the red carpet and frequent commercial breaks. Deadline’s report indicated a further delay over the Seacrest controversy, which the network denies.

The very nature of these kinds of shows was spelled out in a separate incident to hit the network this week, when a labor complaint was filed by a producer who was fired for including a criticism of E! and its parting of ways with host Catt Sadler in a red carpet video package. Sadler left over pay disparity, she said.

There’s also been speculation for days that top talent will avoid interviews with Seacrest in deference to the sweeping #TimesUp and #MeToo movements that have dominated awards season conversation.

Seacrest announced last November that E! was investigating an accusation of misconduct against him by “someone that worked … for me nearly a decade ago at E! News.” Seacrest was investigated and cleared by NBCUniversal, who stands by the anchor.

Accuser Suzie Hardy came forward six days ago with details of the accusations, including that Seacrest groped her genitals and forcefully struck her backside, as well as “grinding his erect penis against her while clad only in his underwear.”

In addition to his vehement denial, Seacrest’s attorney said Hardy requested $15 million for her silence.

“At that time, the claimant threatened to issue a demonstrably false press statement unless she was paid. Instead, my client proactively and publicly denied the claims and agreed to fully cooperate with E!’s investigation about the matter,” Seacrest’s attorney said.

Hardy hit back at Seacrest’s response, saying she “was emboldened by the bravery of others to finally and confidentially tell my story to NBC. Ryan elected to take the story public with a false narrative that he was exonerated and the victim of some sort of money grab.”

On Oscars eve, George Clooney, Leslie Bibb, Sam Rockwell and Jack Black were just a few of the big names at the Motion Picture and Television Fund's Annual "Night Before" bash on the Fox Lot. With the help of Leonardo DiCaprio, Gal Gadot, Jon Hamm, Tom Cruise and nearly all of the studio chiefs, they raised $5 million for social services and financial assistance for members of the entertainment community in need.