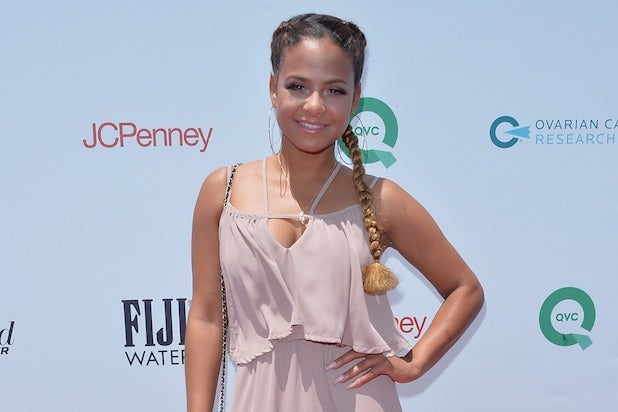 Currently under the working title “Christina Milian Turned Up,” the series is set to premiere in early 2015.

“We simply adore Christina,” said Jeff Olde, E!’s programming and development executive vice president, in a statement. “She’s young, vibrant and a highly accomplished artist who has a hectic life balancing the glitz and glamour of celebrity, and the rough and tumble world of hip-hop, with the more relatable moments of being a mom, newly back on the dating scene, and trying to make things better for her family.”

The series will follow Milian as she tries to rebrand herself and take her career to a new level. She will be joined on the show by her mother Carmen, and two sisters Danielle and Liz.

Read their E! bios below:

Christina Milian – Christina is a Grammy-nominated powerhouse whose impressive resume includes film, television, theater and music. A mother to daughter Violet, Christina is constantly torn between spending time with her family and staging her musical comeback. Christina is the owner of Viva Diva Wines, creator of an animation project called Shelby Star and a motivational speaker with a strong passion to inspire women.

Carmen Milian – Carmen is Christina’s mother, manager and consultant who has represented her daughter’s s entire music and film career since she was a child. A successful entrepreneur, motivational speaker and a business partner with Christina on multiple businesses including Shelby Star and Viva Diva Wines.

Danielle Milian – Danielle is the middle sister and is constantly the voice of reason among her sisters. As a former child actor and model, she is now married with 2 children and works as a celebrity hair stylist to her A-List clientele and her sister Christina.

Liz Milian – Liz is the youngest sister in the Milian family. Known for her bubbly and fun personality, she graduated from the Le Cordon Bleu Cooking Academy as a culinary/personal chef and is in the process of writing her first her first cookbook.

She has appeared in several movies, including “American Pie,” “Love Don’t Cost a Thing” and “Baggage Claim.” And her TV credits include recurring roles on “Sister, Sister,” “Clueless and “Get Real.” She also competed on the 17th season of ABC’s “Dancing With the Stars.” Additionally, she served as the social media correspondent on NBC’s “The Voice” for three seasons.

From Banca Studio and G3 Production in association with Lionsgate Television, “Christina Milian Turned Up” (WT) will be executive-produced by the entertainer and her mother alongside Grammer, Roy Bank, Stella Bulochnikov, Brian Sher and Larissa A.K. Matsson.