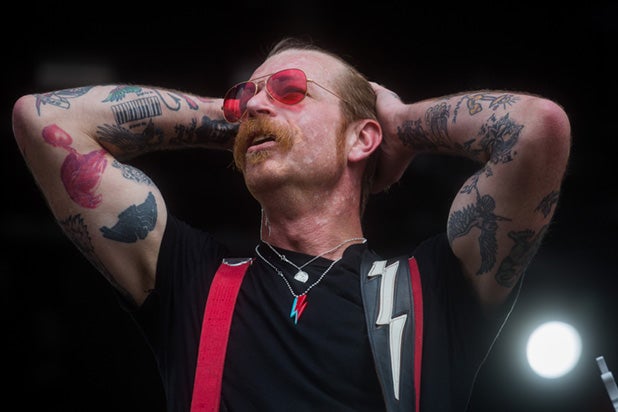 Eagles of Death Metal have been dropped from two French music festivals over lead singer Jesse Hughes’ recent comments suggesting venue staff may have been involved in the Paris terror attacks last year.

According to a joint statement by the organizers of the Cabaret Vert and Rock en Seine festivals posted online Thursday, the band’s appearances at both events have been canceled.

“Being in total disagreement with Jesse Hughes’ recent allegations given in an interview with American media, both Cabaret Vert & Rock en Seine festivals have decided to cancel the band’s performance,” the statement read. “We thank you for your understanding.”

In a March interview with Fox Business News, Hughes said he believed the security staff at the Bataclan may have been complicit in the terrorist attack last November that claimed 90 lives during the band’s set.

“When I first got to the venue and walked in, I walked past the dude who was supposed to be the security guard for the backstage … and eventually I found out that six or so wouldn’t show up at all,” Hughes said. “It seems rather obvious they had a reason not to show up.”

He later apologized for the comments, calling them “absurd accusations.”

“I humbly beg forgiveness from the people of France, the staff and security of the Bataclan, my fans, family, friends and anyone else hurt or offended by the absurd accusations I made,” Hughes said.