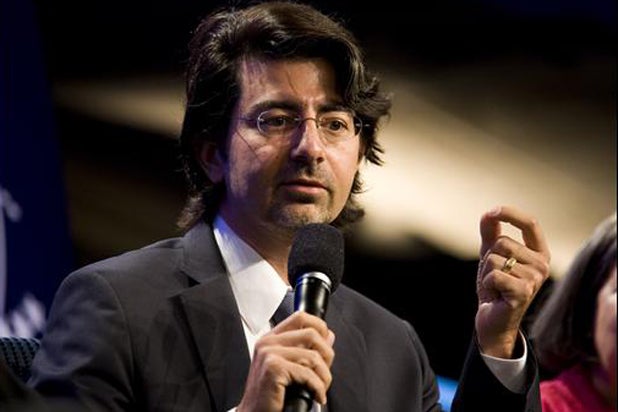 “Right now, I’m in the very early stages of creating a new mass media organization,” Omidyar said on his site. “I don’t yet know how or when it will be rolled out, or what it will look like.”

Omidyar has been involved in journalism for some time. He’s been the publisher and CEO of the Honolulu Civil Beat for three years and his philanthropic organizations often support certain outlets.

He revealed that he seriously considered buying the Washington Post over the summer. Though it would ultimately go to Amazon founder Jeff Bezos, the eBay founder decided to put his money into an entirely new outlet. That’s when he started talking to Greenwald.

“As part of my learning process, I recently reached out to Glenn Greenwald to find out what journalists like him need to do their jobs well,” Omidyar said. “As it turns out, he and his colleagues Laura Poitras and Jeremy Scahill, were already on a path to create an online space to support independent journalists. We had a lot of overlap in terms of our ideas, and decided to join forces.”

Also read: In the Washington Post, Jeff Bezos Buys a Billionaire’s Bauble, Not a Business

Omidyar didn’t say how much he’s going to invest in the venture, but Greenwald said it was a “once-in-a-career dream journalistic opportunity” and Omidyar told The Huffington Post that it was “an equivalent amount of capital” to the $250 million he would have spent on WaPo. He also revealed that he and Greenwald have yet to meet in person.

Greenwald announced on Tuesday that he would be leaving the Guardian for a new venture, just a few months after the big NSA/Edward Snowden revelations that brought him worldwide fame. Reuters first reported that his backer was Omidyar.