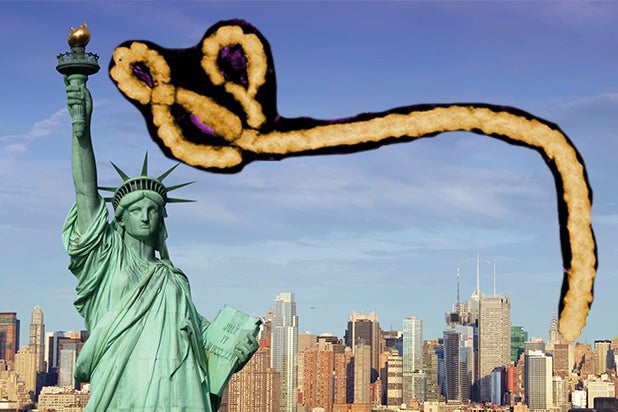 Officials announced Dr. Craig Spencer, 33, tested positive for the deadly virus after returning to the United States from treating Ebola patients in Guinea. Spencer had been in Africa working in conjunction with Doctors Without Borders and returned home on Oct. 14.

According to media reports, he started feeling ill on Tuesday, but didn’t visit a hospital until he woke up Thursday with a 103 degree fever. Local and federal health care workers are now retracing his steps to determine who he may have come in contact with in recent days.

The New York Times reports Dr. Spencer traveled from Manhattan to Brooklyn via subway on Wednesday night, so he could visit a bowling alley. He would travel home in a taxi.

Spencer is being treated at Bellevue Hospital in Manhattan and remains in isolation while further tests are conducted by the Centers for Disease Control.

“There is no reason for New Yorkers to be alarmed,” de Blasio said. “The patient is now in isolation, the health department has a team of detectives who have been at work tracing all the patients’ contacts and they are prepared to quarantine the contacts as necessary.”

Seated next to him was New York Governor Andrew Cuomo who told reporters, “We’ve been in touch with four people who had contact with the Ebola patient.” Cuomo also said the “CDC is sending a rapid response team to New York.”

At least 4,877 people have died from the Ebola epidemic, according to the World Health Organization.