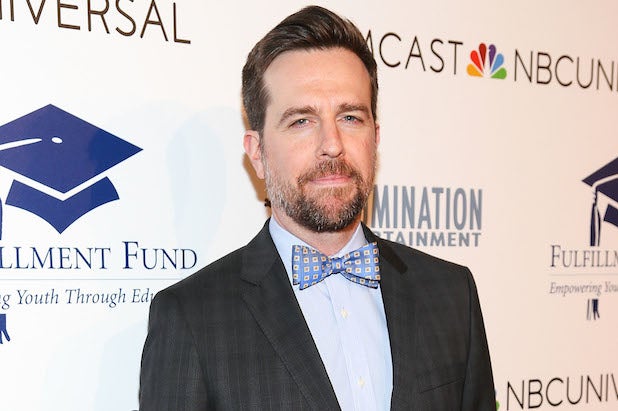 Ed Helms is attached to star in the comedy “Epic Fail,” which is in development at Lionsgate.

Helms and Nicky Weinstock co-developed the original idea for the project, which will be written by Mike Arnold and Chris Poole.

Weinstock will produce via his Invention Films banner along with Helms and Michael Falbo via their Pacific Electric Picture Company banner. Whitney Thomas of Invention Films will executive produce.

“Epic Fail” follows an elite but highly unorthodox special forces team that takes their dysfunction and excessive firepower on a desperate mission to save America, led by the only soldier more badass and more mustachioed than a Navy SEAL — The Walrus.

Lionsgate executives Erik Feig, Matthew Janzen and James Myers will oversee the project for the studio, whose Robert Melnik negotiated the deal.

Best known for his comedic roles in “The Hangover” and NBC’s “The Office,” Helms recently appeared in “We’re the Millers” and will soon be seen in Joe Carnahan‘s “Stretch.”

Arnold and Poole have written a number of projects in development, including the Black List script “The Grackle.”

Helms, Arnold and Poole are represented by CAA and Principato-Young Entertainment.