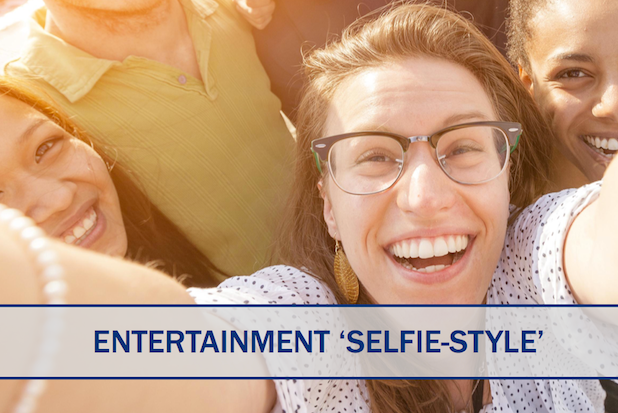 Madison Avenue should not fret about the decline of ad-supported live television and the rise of subscription services like Netflix and Hulu. Brands have more opportunities to make money than ever before — if they embrace “Entertainment in the Era of the Selfie,” the title of Edelman’s annual study about consumer attitudes toward entertainment.

This is not an easy challenge to meet. Consumers want entertainment personalized for them, available when they want it, how they want it and where they want it. Streaming services such as Netflix and Hulu realized that early on, and are challenging top movie studios and TV networks for brand awareness among the average consumer.

“Living in a selfie era, people want their entertainment in that same style — individual, at their demand with choice, awareness, individuality,” Gail Becker, Edelman’s president of strategic partnerships and global integration, told TheWrap.

Hence the title of the report.

This evolution in behavior demands a change in strategy, but it has not diminished opportunity. More people are using their laptops, tablets and smartphones to access content related to the show, giving both networks and brands a platform to sell merchandise and advertise their product.

Less than half of the 4,000 people surveyed said they use another device while watching TV because the content is boring. That means the majority of people are going to use another device regardless of whether the show is any good.

“That really shows how attached we are to the second screen,” Becker said. “This gives brands lots of opportunities to create something to enhance the consumer experience.”

While media companies and advertisers alike are still adjusting to the ubiquity of mobile devices, consumer appetite is voracious. More than half of the 4,000 people surveyed said they would buy merchandise while watching entertainment of some kind (60 percent to be precise), an 11 percent increase from the same survey a year ago.

An additional 37 percent of the respondents said they had already bought products or services — when the content on screen was good. Like the shows and platforms, the advertising must be effective — and more personal.

Entertainment forms the connective tissue between cultures, a point last year’s survey made as well.

Becker cited Psy, the Korean pop singer whose most famous song “Gangnam Style” is the most popular music video in the history of YouTube. When Edelman published its study a year ago, he had recently crossed 1 billion views.

“Many people don’t even realize the song was in Korean, and only 3 percent of the views on YouTube have been from inside South Korea,” Becker said.