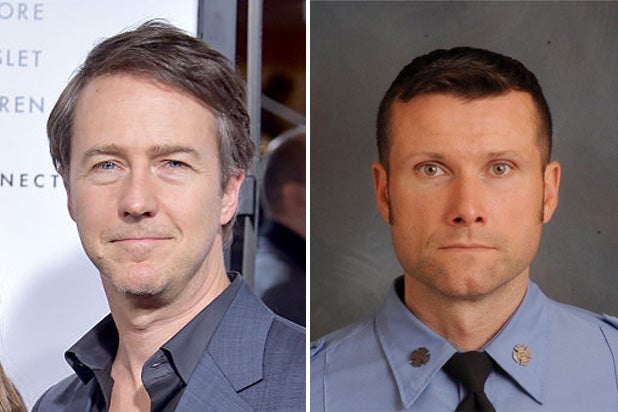 The estate of a firefighter who died after battling a fire during the filming of the upcoming Edward Norton film “Motherless Brooklyn” has filed suit against Norton’s production company, Class 5, according to court papers obtained by TheWrap.

In the suit, filed in New York Supreme Court, the estate of Michael Davidson says that the New York City building where the filming took place was classified as a residential property. However, the suit alleges that Class 5 converted the building into a movie set without taking the proper precautions.

The suit, which also names the owner of the building as a defendant and seeks unspecified damages, says that Class 5 converted the premises into a movie set and conducted a movie production without installing sprinklers or fire safety safeguards on the premises, and without preserving the integrity of the structure, including firestopping, electrical service and mechanical equipment.

Davidson was among the responders to the March 22 blaze. The 27-year-old NYC firefighter was “critically injured” in the five-alarm fire and died later at Harlem Hospital, the New York City Fire Department said at the time.

Two other responders were wounded during the incident, and according to the Associated Press, three civilians were also injured.

“To our great sorrow, we now know that a NYC firefighter lost his life battling the blaze that grew, and our hearts ache in solidarity with his family,” the film’s producers said in a statement after the fire, per the New York Times. “New York City firefighters truly are the bravest in the world. We watched firsthand with astonishment as they charged into the smoke to make sure all were safely out and then fought to contain the blaze and prevent it from spreading.”

Reps for Norton did not immediately respond to TheWrap’s request for comment.

In addition to the newly filed suit, Class 5 has also been sued by Erica Cruz and George Cruz, who say that the company maintained “highly flammable equipment” in the basement of the building, and a fire broke out due to “defendants’ recklessness, carelessness and negligence.”

That suit also alleges that Class 5 representatives misled the building’s tenants about the severity of the situation.