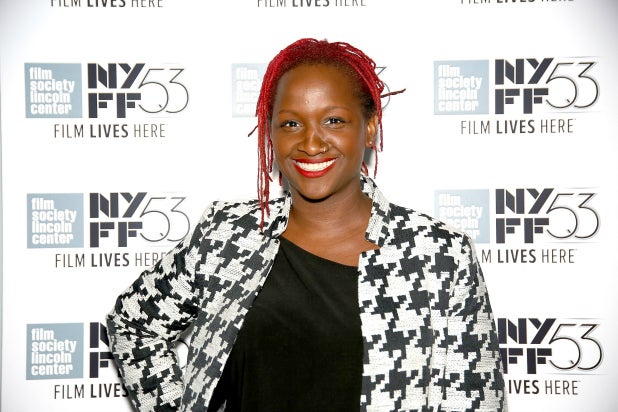 Effie T. Brown, the veteran producer of “Dear White People,” “Real Women Have Curves” and “But I’m a Cheerleader,” has been tapped as CEO of the female-focused film financing fund Gamechanger, the fund announced on Tuesday.

Now with Brown at the helm — she also appeared in Season 4 of HBO’s “Project Greenlight” as a producer — Gamechanger is broadening its scope to include projects by and about people of color, LGBTQ+ and people with disabilities. The fund will also expand into TV and digital content with a new, fully monetized development fund that will enable it to buy, option and develop IP for TV, streaming and digital platforms.

“As a black female producer who’s been in the business for over 20 years, I know how hard it is to not only get into the room but to then secure financing when you have a culturally diverse or gender specific point of view,” Brown said in a statement. “I am beyond thrilled to join Gamechanger as CEO and help level the playing field by providing equity financing for production, development monies as well as strategic partnerships for people with disabilities, LGBTQ+, women, and people of color.”

“What also makes us different is that the diversity of our content is as diverse as our investor pool,” she continued. “Our investors understand that it is going to take all of us pooling our monies together to ensure that these inclusive voices are given the opportunity to own their story from script to screen.”

Launched in 2013, Gamechanger’s mission was and is to fund women-directed narrative films. Those projects financed through the fund include “Land Ho,” “The Invitation,” “The Tale” and “Nancy.” Films financed by Gamechanger have premiered or screened at Sundance, SXSW, Tribeca, Venice and TIFF.

The company’s next film, “Passing,” is currently in post-production and led by Bongiovi, Forest Whitaker and Significant Productions. It stars Tessa Thompson, Ruth Negga, Andre Holland, Alexander Skarsgård and Bill Camp, and recounts the story of two African American women, each of whom can “pass” as white but choose to live on opposite sides of the color line in 1928 Harlem.

According to the latest study by Stacy L. Smith and USC Annenberg Inclusion Initiative, a record 10.6% of the directors of 2019’s top 100-grossing movies were women, directing 12% of Hollywood’s biggest hits last year.

That’s the best gender representation since Smith and her team began studying the prevalence of female directors in 2007 — though the overall percentage remains 4.8% across all 13 years of the research. And the percentage of nonwhite directors fell to 16.8% in 2019, a dip from 2018’s high of 21.4%. Four women of color directed a top 100 movie in 2019: Melina Matsoukas (“Queen & Slim”), Tina Gordon (“Little”), Kasi Lemmons (“Harriet”) and Roxann Dawson (“Breakthrough”).

Despite the higher level of female representation in the director seat last year, Smith noted that less than 1% of all directors of top-grossing movies over the last 13 years were women of color. “In fact, 13 women have directed a top film in 13 years,” Smith said. “While 2019 is a banner year for women, we will not be able to say there is true change until all women have access and opportunity to work at this level.”