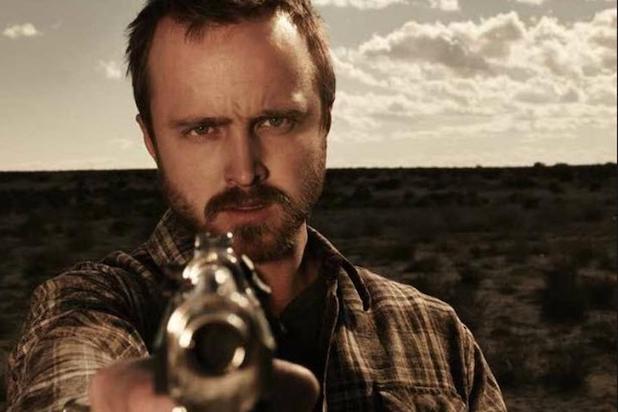 You’re likely only reading this if you’ve already seen “El Camino,” so this won’t be a spoiler-free review. But it also won’t ruin everything if you haven’t. Critics may not always peddle what fans want, but “El Camino” — what’s being called “A Breaking Bad Movie” and now available on Netflix (and in some movie theaters) — proves that creator Vince Gilligan is a Walter White-level master of delivering on what the devoted have been craving: a couple extra hours in sun-drenched Albuquerque’s darker corners with everyone’s favorite meth-lab work spouse turned traumatized ex Jesse Pinkman (Aaron Paul), one of the more memorable television characters of the past decade.

Writer-director Gilligan’s plans to follow up with Jesse after his cathartic, grisly escape from brutal crystal-cooking servitude were hatched in the making of that final “Breaking Bad” episode, which Gilligan also wrote and directed. That makes “El Camino” something of a delayed-but-satisfying, Jesse-centric Part 2 to the show’s 2013 finale, which naturally had to train its dramatic aim on bringing methodical, ruminative and violent closure to the five-season epic following Bryan Cranston’s Walter White as he went from meek, terminally ill science teacher to mythic, homicidal drug kingpin.

“El Camino” starts with its first original-cast return appearance, a serene creek-side flashback with Jesse and wise fixer Mike Ehrmantraut (Jonathan Banks), from a time when money and escape held promise for both. But then, we’re hurled forward from literally the series’ last image of Jesse: bearded, scarred, howling into the night and behind the titular car’s steering wheel as he flees the bloodbath that wiped out his captors and ended his former teacher’s life. (For those who need refreshers, Netflix offers a snappy — and skippable, for the never-forgetters — series recap.)

Jesse’s first stop after eluding a phalanx of cop cars makes for the movie’s second roster encore: the bro den of old buddies Badger (Matt Jones) and Skinny Pete (Charles Baker), who offer brief cover and tartly funny interplay while Jesse decompresses, cleans up and figures out his next move. In these solidly crafted early scenes, we’re also reminded of just how good “Breaking Bad” always was at the intersection of humorous and harrowing; one minute we’re laughing at Badger and Skinny, the next we see Jesse bolting awake with PTSD, trying to claw his way out of their bedroom as if he were still in his underground cell.

From there, it’s a matter of how Jesse is going to escape the glare of a manhunt that has him all over the news, and his forlorn parents (Tess Harper and Michael Bofshever) pleading for his safe emergence. On a search for cash, he breaks into the apartment of the calm (now dead) psychopath Todd (Jesse Plemons), which triggers a pungent flashback to his time as a beaten-down captive. Plemons can’t hide the fact that he’s doughier now than when he initially played Todd, but in the taut mini-drama of the flashbacks, he once more displays the eerie eccentricity that was a hallmark of the show’s nastier nooks and crannies.

Jesse’s escape plan out of Albuquerque includes obstacles both old (Robert Forster, who passed away from brain cancer Friday, returning as seasoned disappearing expert Ed) and new (including Scott MacArthur as a memorably oily criminal). But they all add up under Gilligan’s razor-sharp desert-noir stewardship to something like a “Breaking Bad” episode as a long-lost novel by the late, great crime writer Donald E. Westlake: caper-ish and pitch black, filled with characters colorful and menacing, anchored by a reversal-of-fortune storyline that’s also a form of stumbling deliverance.

Also Read: 'El Camino: A Breaking Bad Movie': Who Did Jesse Pinkman Write That Letter to?

It’s all there in Gilligan’s rock-solid direction, too, which is both nostalgic about the series’ famously ambitious, often-baroque shotmaking — boosted in no small part by a more artful use of Cinemascope framing than seen in most theatrical features (“Breaking Bad” DP Marshall Adams returns as cinematographer) — but also attuned to the notion that this is finally Jesse’s moment as the show’s mirror figure to Walter White: the guy whose transformation went the other way, from criminally minded to conscience-stricken, from “Yo!” to whoa. (“El Camino” makes us wait for that first “Yo!,” and even longer for “yeah, bitch” but they’re both worth it.)

Of course, with three Emmys to show for his six years as Jesse, Paul doesn’t need to prove all over again how great he was in the role. And yet he slips back into it with the ease and watchfulness of a star athlete who’s in the moment, not just taking a victory lap.

Still, with interwoven flashbacks from various times in the “Breaking Bad” storyline that often comment on the tight window of do-or-die survival that is “El Camino” — including a warmly humorous one with you-know-who that speaks mournfully to the pre-chaos innocence in an unlikely pairing — the movie ultimately serves as an coiled and heartfelt tribute to Jesse’s powerful trajectory, and Paul’s own chemically active, emotionally reactive brilliance in one of our peak TV era’s defining series.