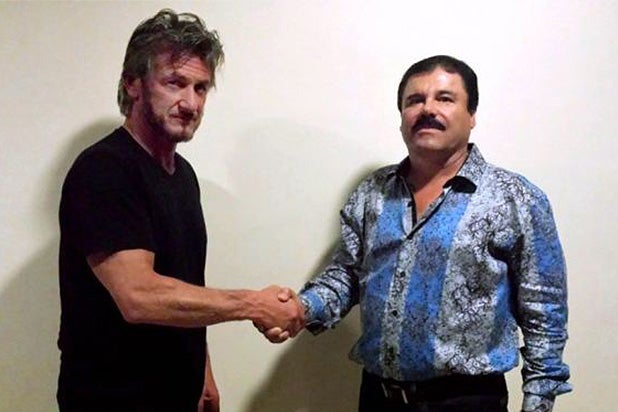 Reelz is set to air the one-hour original documentary special “El Chapo & Sean Penn: Bungle in the Jungle” next month.

The behind-the-scenes look inside the now-infamous secret meeting between Sean Penn and Joaquin Archivaldo Guzman Loera (a.k.a. El Chapo) will premiere Thursday, March 10 at 9/8c. Reelz promises to reveal “shocking details behind Penn’s widely criticized Rolling Stone article, and what the real motive was for [Kate Del Castillo] to set up a meeting.”

“It’s a story Hollywood drools over: a ruthless real-world villain seeks the help of an Oscar-winning actor and a glamorous actress to immortalize him on the big screen,” the official description reads, claiming El Chapo was Penn’s personal “Treasure of the Sierra Madre.”

It continued: “The most wanted, most dangerous and richest drug lord in the world agreed to meet Penn in the remote mountains of Sinaloa, Mexico to grant the first and only interview since he escaped from Mexico’s top security prison.”

Before the premiere, Reelz will run three back-to-back episodes of “Gangsters: America’s Most Evil.” After “Bungle in the Jungle,” the cable channel will air a “Celebrity Damage Control” about Penn.