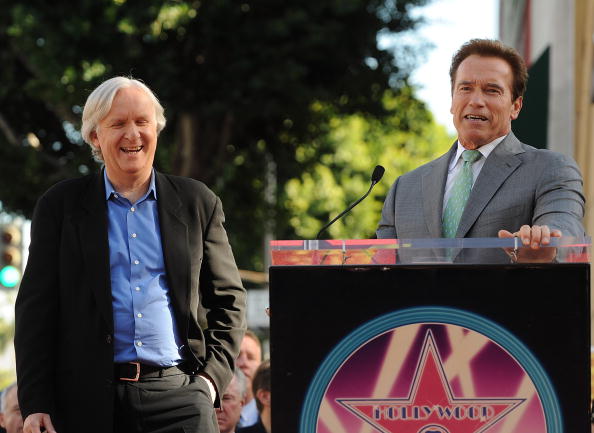 The series premieres on Showime in April 2014. Over eight episodes, it travels to Texas, Kansas, California, Colorado, New York, Maine, the Carolinas, Florida, the Middle East, Africa, the Andes, the North Pole, Indonesia, Bangladesh and the South Pacific to look at how real people are harmed by climate change.

“Years of Living Dangerously” was created by former “60 Minutes” producers Joel Bach and David Gelber (who have won 11 Emmys between them) and is executive-produced by James Cameron, as well as Schwarzenegger, Jerry Weintraub and climate-change expert Daniel Abbasi.

“The drastic effects that climate change is having on our world is a global problem, and nobody can tell that story better than James Cameron, Joel Bach, David Gelber and Dan Abbasi,” said John Pollak, president of Electus International, in a statement.  “To have some of Hollywood’s biggest filmmakers and celebrities involved  makes this an incredible television event series that  will highlight  a topic that will continue to impact future generations.”

Multimedia entertainment studio Electus is an operating business of IAC.