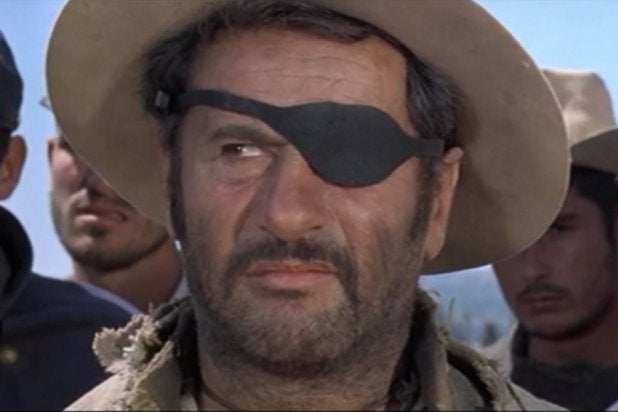 I had the pleasure of spending time with Eli Wallach because his daughter Roberta, also a fine actress, is a good friend whose voice has been heard in every documentary I have made. She was the narrator for “Partisans of Vilna” and recreated a gossiping neighbor in “The Life and Times of Hank Greenberg” and a shop girl in “Yoo-Hoo, Mrs. Goldberg.”

Spending time with Wallach was guaranteed to be a good time as he was such a great storyteller. During one summer trip at his home in the Hamptons, I remember him telling a prophetic tale about Clint Eastwood, his co-star in “The Good, the Bad and the Ugly” (1966). It’s the film that made Wallach famous for his iconic role as Tuco, a gunslinging bandito that is a cult favorite.

During World War II, Wallach served as a medical administrator in North Africa and France. Upon returning to New York, Wallach pursued acting instead of going into teaching like all of his siblings. He was one of the first members of the famed Actors Studio, along with such noteworthies as Julie Harris, Marlon Brando and Steve McQueen, as well as his future wife, actress Anne Jackson, whom he married in 1948.

In an interview Wallach did with me for The Forward he explained how his plans to attend New York’s City College were dashed by poor grades, a disappointment that would prove fortuitous for his acting in Westerns. He enrolled instead at the University of Texas in Austin. It was there that he learned to ride horses — a skill he put to good use as a counselor at Jewish summer camps back East and later in Westerns such as “The Magnificent Seven” and “How the West Was Won,” as well as “The Good, the Bad and the Ugly.”

One day, Wallach noticed that Eastwood was on the set while others were being filmed, just observing what the great Italian Spaghetti Western virtuoso, director Sergio Leone, was doing. When Wallach finally asked Eastwood why he was on the set, Eastwood admitted that he was figuring out what directing was all about, commenting that it “does not look so hard.”

Four years later, Eastwood would take those lessons from the Western set to heart and direct his first film, “Play Misty for Me” (1971). And Wallach made sure that Eastwood remembered that he was there in the beginning; in Eastwood’s 2003 film “Mystic River,” he cast Eli in a cameo role as a liquor store owner.

Although his liquor store owner role is just a cameo, Wallach said that Eastwood told him the scene was “pivotal” to the plot. “Clint called me to be in the film, and I ask, ‘How many weeks?'” Wallach said. “He answers, ‘It’s only for a day,’ but claims it will be a fun reunion.”

Wallach drove us all back from the Hamptons even in his late 80s and bemoaned the fact there was ageism in casting people in films.

And I recall with glee another memorable trip I took–this time with the creative independent director Paul Mazursky. I met Mazursky in Florence at the Festival dei Popoli, where my film “The Life and Times of Hank Greenberg” was playing and Paul was chairing the jury. Hosting us both was Guido Fink, former head of the Italian Cultural Institute in Los Angeles and a popular film scholar in Florence.

Fink, who is a child survivor during World War II, was originally from Ferrara, Italy. It was in this city that the great Italian director Vittorio de Sica made his classic, “The Garden of the Finzi-Continis,” based on Giorgio Bassani’s novel of the same name (“Il Giardino dei Finzi Contini”). It is the compelling story of a Jewish family not realizing the rise of anti-Semitism in Italy. As Mazursky had made “Enemies: A Love Story” about the lives of Holocaust survivors after the war, we were all interested in going to visit the city where Fink had survived being hidden during the war.

Fink drove his own car to take us to Ferrara where we had the most delicious pumpkin stuffed pasta I ever ate. Although a grand cultural programmer, Fink was not a good navigator. He had a particular way of driving by making abrupt starts and stops that made Mazursky and me laugh so hard that we almost cried. Fink’s erratic driving style inspired a scene in a short script I wrote about an elderly man driving other seniors to a Palm Beach polling place during the 2000 election.

I cannot recall exactly what stories Mazursky told that day. But I recall that we talked all day long about his filmmaking more than I can remember one of his actual stories. He was in great spirits just like his movies reflect. I do remember that he was looking for a purse for his daughter. I hope she liked the one he found and treasures it as much as I did that day talking with him in Italy and his movies.

They just don’t make them like they used to.