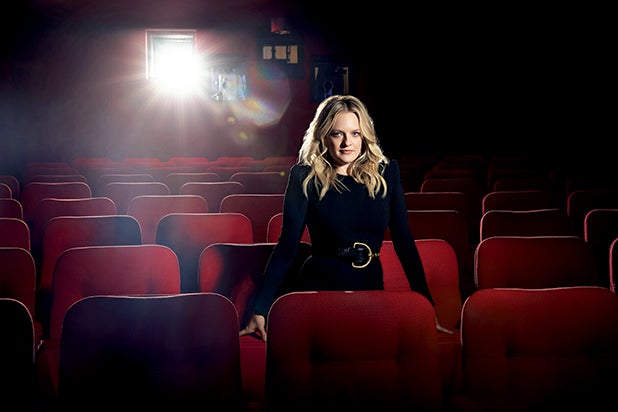 Elisabeth Moss will face a ghost from her past in a paranormal horror and thriller film called “Run Rabbit Run,” and she’ll re-team on the project with one of her directors on “The Handmaid’s Tale,” Daina Reid.

Novelist Hannah Kent (“Burial Rites,” “The Good People,”) wrote the screenplay based on an original idea she developed with Carver Films. In “Run Rabbit Run,” Moss plays a fertility doctor who has a firm understanding of the cycle of life: you are born, you live, and then you die. But when she is forced to make sense of the increasingly strange behavior of her young daughter Mia, Sarah must challenge her own beliefs and confront a ghost from her past.

Also Read: Why Elisabeth Moss Was the 'Top Choice' to Play Title Role in 'Shirley' | Video

XYZ will finance as part of their fund with Finland’s IPR.VC, in conjunction with Screen Australia, with XYZ also handling worldwide sales at the upcoming Cannes Virtual Market. Umbrella Entertainment is managing Australia/NZ distribution.

Moss most recently starred in Blumhouse’s “The Invisible Man” and in the Sundance biopic “Shirley.” She’ll next be seen in Wes Anderson’s “The French Dispatch” and Taika Waititi’s “Next Goal Wins.”

Reid is known for directing episodes of Hulu’s “The Handmaid’s Tale,” HBO’s “The Outsider” and Amazon’s “Upload.”

“Run Rabbit Run” is a Carver Films production, with major production investment from XYZ and Screen Australia, in association with Film Victoria and the South Australian Film Corporation.