Months after accusations of a “toxic” workplace were leveled against “The Ellen DeGeneres” show, host Ellen DeGeneres has decided to end the daytime talker next year, bringing its run to a close with Season 19, TheWrap has learned.

“When you’re a creative person, you constantly need to be challenged – and as great as this show is, and as fun as it is, it’s just not a challenge anymore,” DeGeneres, who is about to conclude Season 18 of “Ellen,” told The Hollywood Reporter Wednesday.

According to THR, DeGeneres told her staff about her decision to end the show on Tuesday. She plans to discuss the news in her monologue during today’s taping of “Ellen,” which will air as Thursday’s episode, which includes DeGeneres’ interview with Oprah Winfrey about closing her daytime chapter. 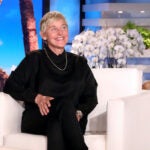 The Daily Mail was first to report the news that DeGeneres would be ending her talk show in 2022, with a source telling the website, “She’s promised one more season after this one and will exit at the end of the 2021/2022 season – the 19th season of the show. The ratings have tanked and have been truly appalling this year and Ellen knows her time is up.”

DeGeneres’ ratings have fallen this season, following the accusations made about “Ellen” being a “toxic” workplace, which you can read more about here. 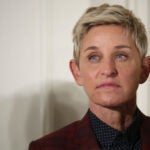 DeGeneres discussed the accusations in her Wednesday interview with THR, saying they “almost impacted the show.”

“It was very hurtful to me. I mean, very,” DeGeneres said. “But if I was quitting the show because of that, I wouldn’t have come back this season. So, it’s not why I’m stopping but it was hard because I was sitting at home, it was summer, and I see a story that people have to chew gum before they talk to me and I’m like, “Okay, this is hilarious.” Then I see another story of some other ridiculous thing and then it just didn’t stop. And I wasn’t working, so I had no platform, and I didn’t want to address it on [Twitter] and I thought if I just don’t address it, it’s going to go away because it was all so stupid.”

DeGeneres added that “it broke my heart when I learned that people here had anything other than a fantastic experience — that people were hurt in any way” following the accusations and WarnerMedia’s subsequent investigation into “Ellen.”

“I check in now as much as I can through Zoom to different departments and I make sure people know that if there’s ever a question or ever anything, they can come to me and I don’t know why that was never considered before,” DeGeneres told THR. “I’m not a scary person. I’m really easy to talk to. So, we’ve all learned from things that we didn’t realize — or I didn’t realize — were happening. I just want people to trust and know that I am who I appear to be.”