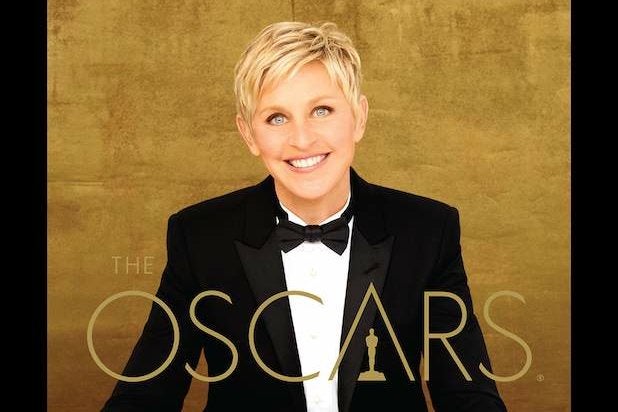 Ellen DeGeneres is back in a tuxedo for more Oscar ads in new images ABC and the Academy of Motion Picture Arts & Sciences released Wednesday.

The comedian and daytime talk show host (“Ellen”) will take the stage at the Dolby Theater in Hollywood on March 2 for 86th annual Academy Awards, which will be her third turn hosting the ceremony.

When she’s not posing by herself or with a golden Oscar statue in hand, she’s sandwiched between producers Craig Zadan and Neil Meron, who produced last year’s broadcast.

Here are all five of the promos: