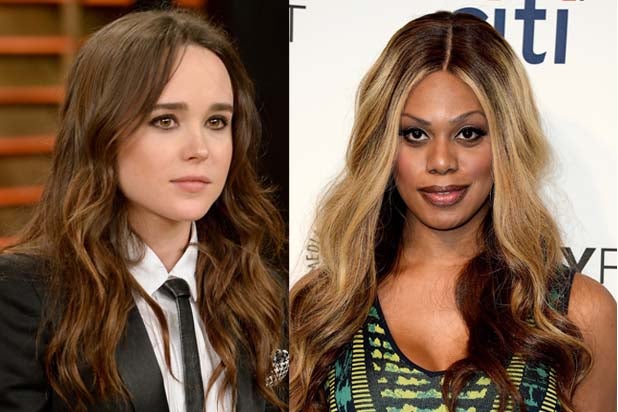 The award is presented to a media professional and open member of the LGBT community who has made a significant difference in promoting equality.

Cox, the former producer and co-host of VH1 makeover television series “TRANSform Me,” plays a trans woman sent to prison for credit card fraud on “OITNB,” a critically-acclaimed Netflix comedy.

Page, an Oscar-nominated actress best known for 2007 film “Juno,” revealed her homosexuality to the public last Valentine’s Day and cited Laverne as one of her inspirations.

Cox will be the first transgender woman of color to receive the award Stephen F. Kolzak Award during the 25th annual GLAAD Media Awards in Los Angeles on April 12.

“Laverne Cox has reshaped the way Americans see transgender people and raised the bar in diverse representations of the LGBT community in entertainment,” GLAAD President & CEO Sarah Kate Ellis said in a statement. “She is not only a talented actress, but a truly transformational leader in the LGBT equality movement. Through her tireless commitment to building understanding and acceptance through education and advocacy, Laverne is moving equality forward both on and off the screen.”