Ellen Pompeo has finally broken her silence on the much-publicized drama behind-the-scenes with former “Grey’s Anatomy” co-stars Katherine Heigl and Isaiah Washington that plagued the hit ABC series earlier in its run. 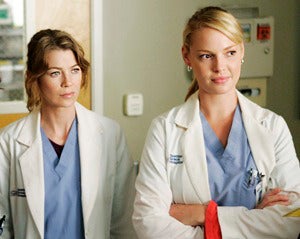 “When Katie left, it was tough. You could understand why she wanted to go — when you’re offered $12 million a movie and you’re only 26,” Pompeo told the New York Post. “But Katie’s problem is that she should not have renewed her contract. She re-upped, took a big raise and then tried to get off the show. And then her movie career did not take off.”

“You know they wanted Isaiah Washington to be my boyfriend. Shonda really wanted to put a black man in the mix. I didn’t think they were really going to put an interracial couple on the show and I didn’t want him,” Pompeo said. 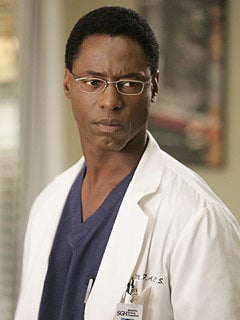 “It was too close to home … I said I wanted that Dempsey kid. I think that once Isaiah did not get the role it backfired,” she said.

Washington’s (pictured, right) ouster from the ABC series followed a heated on-set confrontation where he used a derogatory gay slur, and subsequent incident in which the actor dropped the F-bomb backstage at the 2007 Golden Globe Awards after “Grey’s” won best drama series.

Of the show’s backstage turmoil, Pompeo said: “Hurt feelings, combined with instant success and huge paychecks started things spinning out of control. The crazier things got, as I watched all the tumult with Isaiah and then the Katie thing, I started to focus on the work.”