“The Ellen DeGeneres Show” has reached an epic milestone on Instagram and for Ellen, that means a celebration is in order.

DeGeneres broke the big news on Wednesday’s episode of the long-running daytime talk show, exclaiming, “Isn’t that exciting? Seems like just yesterday we were at 99.9 million.”

The host then took the opportunity to respond to some fans’ comments on the account’s celebratory post before unveiling a new giveaway to thank one lucky follower for their loyalty. 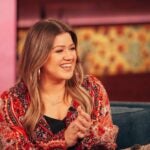 If “Ellen” fans head to the contest link in the @theellenshow Instagram bio and tell the show’s producers why they’d like to be in the studio audience next year, they will be entered to win two VIP tickets to a taping of the farewell season. Travel and housing costs will be covered. The only stipulation is that participants follow the account.

After 19 seasons, “The Ellen Show” will come to an end in 2022. Despite the controversy that the host has faced in recent years, DeGeneres told The Hollywood Reporter that the show is really ending because “I need something new to challenge me.” 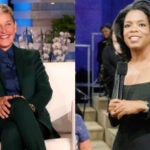