Elon Musk says Twitter will soon introduce an ad-free option for subscribed users and plans to rollout a slate of new features, including international tweets translated from one language to another.

The Twitter and Tesla chief executive posted a series of tweets describing his views on advertising and hyped new features to come. “There will be a higher priced subscription that allows zero ads,” he tweeted, pointing out that even the drastic loss of advertising revenue, he believe ads were too frequent and “too big” and he planned on “taking steps to address both in coming weeks.”

Musk alluded to the rollout of a new feature, tweeting that “in coming months, Twitter will translate & recommend amazing tweets from people in other countries & cultures.” He highlighted “there are epic tweets in other countries every day (Japan especially),” noting that “(Tweets will be translated before being recommended).”

As part of a revamping effort Musk has focused on introducing a discounted annual subscription to Twitter Blue, the paid subscription tier that comes with a blue check and other features not available to free users.  It costs $8 for Apple iOS and $11 for Google’s Android users, although customers who purchase through a web browser – not in-app – could save by paying $84 for the annual subscription. Twitter Blue is currently available only in the U.S., UK, Canada, Australia, New Zealand and Japan. 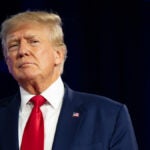 Twitter generated $5.08 billion in revenue in 2021, with advertising accounting for $4.51 billion, in 2021. Musk’s takeover and subsequent gutting of staff, including in ad sales, has reportedly led to daily ad revenue to plummet 40% over the past three months compared to same period last year.

While companies such as Bose and Apple continue to advertise on the social media app, including hardware and streaming content, respectively, large firms including automaker Audi and pharmaceutical giant Pfizer have chosen to stop advertising.

According to The Guardian, the pause was in response to “fears of a rise in hate speech on the platform, compounded by a botched revamp of Twitter Blue in November that led to pranksters paying for verified status in order” to fake official accounts.

Musk is looking to wean Twitter off ads as revenue despite having assumed $13 billion debt in the $44 billion transaction to take the previously publicly traded Twitter private. 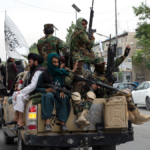