As far as we know, the deal hasn’t been closed yet, but Elon Musk updated his personal Twitter account on Wednesday with a new bio that suggests he’s finally going to close the $44 billion acquisition of the site despite months of his trying to get out of it.

Musk, the world’s richest man, now calls himself “chief Twit” and lists his location as “Twitter HQ.” You can see what that looks like above.

The Tesla CEO’s purchase of Twitter is supposed to close on Friday, after months during which Musk tried repeatedly to back out of the deal citing unproven accusations of membership fraud by the social media company. Twitter filed a lawsuit to force Musk to honor the agreement, which Musk fought for months until the beginning of October, when he offered to buy it at the original offer — if Twitter would drop the lawsuit first

To clear up misconceptions that keep being spread, Twitter did not agree to those terms. The company said only that it intended to see that deal close, and did not drop the lawsuit. Less than two days later, Musk — in what one might assume was the plan all along — asked the trial judge to throw the case out, claiming Twitter was refusing “to take yes for an answer.” The judge didn’t buy that argument, but he did pause the legal process and ordered Musk to close the deal by Oct. 28, or else the lawsuit would proceed. 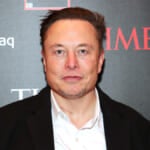 Which brings us to Wednesday. Prior to changing his Twitter bio, Musk released video of himself entering Twitter headquarters while enacting a truly dumb pun — just go here and see for yourself. So it would seem Musk finally decided to take his own yes for an answer. Of course, as noted above, Musk has repeatedly tried to get out of the deal, so we suggest taking all of this with a grain of salt until there’s a formal announcement.

Assuming the deal goes through, Twitter is likely to be a very different place once he takes over. He has already said he wants to undo the company’s content moderation policies, which were gradually enacted because Twitter became a haven for violent threats, harassment, disinformation and even election tampering during the 2010s.

Musk also wants to allow Donald Trump to return to Twitter — the disgraced former president was booted after he used the platform to foment the attempted coup of Jan. 6, 2021 by spreading lies about the 2020 election.

Worse, according to The Washington Post, Musk plans to gut Twitter by firing up to 75% of its staff. This would of course deal a huge blow to the company’s ability to moderate content and protect user data.

Before the pandemic era, it was almost a stock cliche on Twitter for people to tag former Twitter CEO Jack Dorsey begging him to “get the Nazis off Twitter,” as the request was frequently phrased. Those requests fell on deaf ears, until the events of 2020 and 2021 forced Twitter’s hand. Dorsey stepped down as CEO a year ago — but it looks like his influence will live on in the new owner.