NBC surprised pretty much everyone on Saturday with its announcement that Elon Musk would be hosting the next episode of “Saturday Night Live” on May 8, a decision that was met with a resounding, “No, no, no, no, no, no, no.”

Musk, who is known as the founder and CEO of both Tesla and SpaceX, will be the first non-actor or athlete to host the longrunning sketch comedy series since Donald Trump in the fall of 2016. At that time, Trump was still just a candidate for president and that decision was met with a lot of scrutiny.

Musk, who has come under fire over the past year for seemingly downplaying the severity COVID-19 pandemic (and has a history of making controversial statements), is being met with a similar level of disdain.

One Twitter user described the move as one of “desperation” and added, “Did NBC force Lorne Michaels to have Elon Musk host? Or threaten to replace SNL with ‘Apprentice’ reruns?” 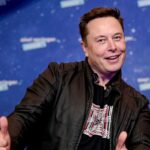 Here’s a look at some of the reactions, most of which are negative. Though we should point out that not everyone was unhappy. Musk does have a pretty big following among the Bitcoin and Robinhood investor crowd.

Musk’s episode will have Miley Cyrus as the musical guest. This will be her sixth time in that capacity.