Actor Emile Hirsch made his first appearance in a Park City, Utah court Monday following the alleged January assault of a Paramount Digital Entertainment VP during the Sundance Film Festival.

The actor was formally charged for the Jan. 25 altercation in mid-February. That evening, Park City police responded to a 911 call at the Tao nightclub, where Paramount executive Daniele Bernfeld accused a drunken Hirsch of putting her “in a chokehold.” 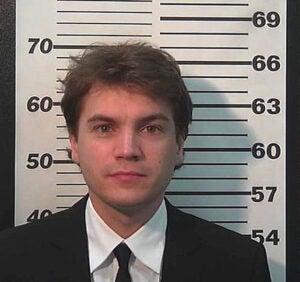 Monday’s initial appearance was the first in what is expected to be a lengthy legal process for the actor, who is currently entered into a drug and alcohol rehabilitation program. The next hearing, which Hirsch is not required to attend, is slated for Apr. 13.

The case is currently being prosecuted by Utah Deputy County Attorney Ryan Stack. Hirsch appeared in court along with attorneys Neil Kaplan and Shannon Zollinger.

The judge instructed the actor to walk next door to the sheriff’s office following the proceedings to have his mug shot taken.

TheWrap Mikey Glazer’s view of the best people, parties and places in Park City, presented by the all-new Kia Sorento

Ryan Reynolds and James Franco do the squat-and-huddle at the Dockers space.