Delgado’s wife Carol told TMZ that the actor was surrounded by family members when he died Thursday at their New York City home, and that he had been diagnosed with a type of blood cancer in December 2020.

Mexican-American Luis was born in Calexico, California and raised just across the border in Mexicali by his grandparents, before his family moved to Glendale, California near Los Angeles when he was in high school. After serving in the California National Guard for 7 years, he pursued acting, finally establishing his career in 1968. He further honed his talents at CalArts in 1970 and that year became artistic director of the Mexican-American Centre of Creative Arts based in East Los Angeles. 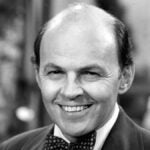 He first joined “Sesame Street” in 1971 and soon was named coordinator of the Children’s Television Workshop‘s Bilingual Task Force. His character married a woman named Maria (Sonia Manzao) in 1988, an event many younger viewers thought was real. In real life, he married his second wife, Carole, in 1990.

Delgado’s many other TV credits include appearances on “Law & Order,” “House of Cards” and the original “Hawaii Five-0.” He also performed with the band Pink Martini, and appears on the group’s 2009 4th album.