If you somehow managed to miss Emily Blunt in “The Devil Wears Prada,” the mega-grossing comedy that served as her breakthrough film, chances are you’ll see her in something soon. A Golden Globe nominee and Oscar hopeful for “The Young Victoria,” now out in theaters, Blunt also stars alongside Anthony Hopkins and Benicio del Toro in next month’s “The Wolfman,” and will appear later this year as a dimwitted Lilliputian princess in “Gulliver’s Travels” and as the female lead opposite Matt Damon in “The Adjustment Bureau.

She spoke with Eric Estrin about auditioning for executives, making the most of her English accent, and the bathroom phone call that turned her life around.

I started in the theater. I managed to land a professional gig without training, which is very lucky for me. I did a play with my school in the Edinburgh Festival, and an agent came to see it. He said, I’d like to give you a go. It hadn’t been a burning ambition of mine, but I quickly realized it was something that I felt was really calling to me. 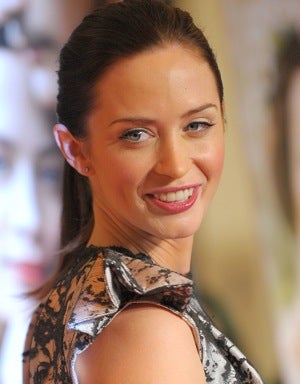 Then I finished my exams, finished school and I got my first job in a play with Judi Dench in the West End. I soaked up everything like a sponge, watching someone like Judi work.

My first year was all theater. I did three plays, a massive training ground for me, then some TV.  I did this TV drama with Ray Winstone, “Henry VIII,” which is pretty cool, and it led to a movie, "Summer of Love."
But my real breakthrough was "The Devil Wears Prada." And the lucky thing when I auditioned was that they really weren’t looking for a star — it was a character part.
I went in to Fox Studios in L.A. and I read for it, and I didn’t actually ever meet David Frankel, the director, until I got the part. I read with the studio execs, and thought, my God, how strange it is that you don’t read with the director.
I offered up the idea of playing her English, and they were like, Oh, I don’t know. I was happy to do it American, but there was something about the character that was imperious and snobbish and bitchy, and I thought the English accent would lend itself quite well.
They were happy to let me try it. And then David  saw it and really liked it. He called me when I was in a toilet in a bar in London, and he said, "So the good news is, you did an amazing job and you are the one to beat; the bad news is, you have to read again." So I went into London, put it down on tape and sent it off.
Three days later, I heard that I’d got it.
I was very stressed. Even though I entered the business going, I don’t care, and I was rather shoulder-shrugging about whether I got something or not, but it can’t help but creep under your skin when you really want something. Those three days were very long days.
When I finished the film, I didn’t get a job for a while — like about six months. I remember thinking, Oh my God, I’ve done this great film with all these really amazing people, but no one wants to give me another part.
Then when the film finally came out, everything changed. No one had known me from Adam when I went out before, and — this is so L.A.. — I was getting a pedicure with my friend Wendy Finerman, who produced the film, and literally the moment I sat down, this lady came up to me and went, Oh my God, that movie was so great, you were so funny, and I looked at Wendy and went, Holy s—.
It was just different game after that for me.
x
Looks like you're enjoying reading