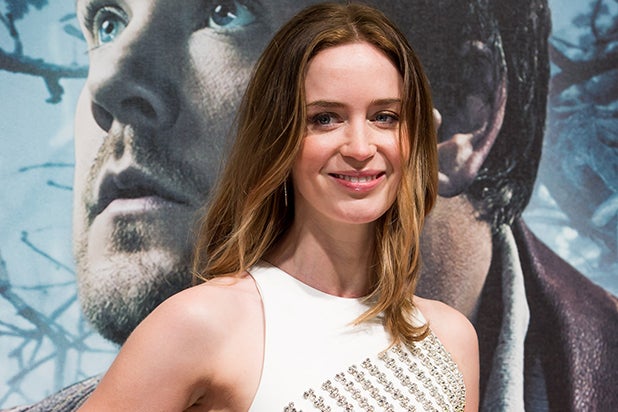 Emily Blunt has been offered the lead role in DreamWorks’ adaptation of “The Girl on the Train” and is in early talks to accept the part of lonely, alcoholic divorcée Rachel, multiple individuals familiar with the project have told TheWrap.

DreamWorks did not immediately respond to a request for comment.

“The Help” filmmaker Tate Taylor will direct from a script by Erin Cressida Wilson, who adapted the bestselling novel by Paula Hawkins.

Also Read: Emily Blunt in Negotiations to Play Villain in 'The Huntsman' Opposite Chris Hemsworth (Exclusive)

The story follows Rachel as she fantasizes during her daily commute about the seemingly perfect couple who live in a house that her train passes every day, until she sees something shocking happen there one morning and becomes entangled in the mystery that unfolds.

There are two other major female characters, and DreamWorks has expressed interest in Kate Mara for one of the roles, according to insiders.

Marc Platt will produce the film, while Jared LeBoff of Marc Platt Productions will serve as executive producer. DreamWorks acquired the rights to “The Girl on the Train” in 2014 prior to its publication.

“The Girl on the Train” is the fastest-selling adult novel in history with over two million copies sold in the United States alone since it was published in January by Riverhead Books. It landed in the top spot on the New York Times bestseller list its first week and has remained there for the past 17 weeks.

Blunt recently starred in the Disney musical “Into the Woods” and received strong reviews for her performance as a young FBI agent in Denis Villeneuve‘s crime drama “Sicario.”

Blunt, who is currently filming “The Huntsman” with Chris Hemsworth, is represented by CAA and attorney David Weber.