Emily VanCamp will return as Nicolette “Nic” Nevin via flashbacks in the Season 5 finale of “The Resident,” a Fox spokesperson confirmed to TheWrap.

In a shocking plot twist that played out in an October 2021 episode, Nic tragically died after a car accident less than a year after her marriage to Conrad (Matt Czuchry). After Nic’s death, the series jumped forward three years and gave Conrad two new love interests — Billie (Jessica Lucas) and Cade (Kaley Ronayne).

“He hasn’t been able to make a move and find that next love. He knows that he’s still stuck in the past, in a way, with Nic,” co-showrunner Peter Elkoff told TVLine, which first reported news of VanCamp’s return. “At the top of Episode 23, he realizes he has to unstick himself, and he doesn’t quite know how to do it. He gets some good advice about it. And he’s basically circling the memory of this one night when Gigi was just born. He keeps going back to pieces of that night, because he thinks the answer of how he moves on is in that night … and he gets an answer, a realization that frees him in a certain way.” 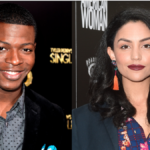 Also Read:
‘Grey’s Anatomy’ Adds Cedric Sanders and Bianca A Santos as a Patient and His Pregnant Wife

He added: “We started to realize, what would hold a person back? Well, the love of his life who died. The mother of his young daughter. … We had to figure out a way to both free him and end that chapter. Emily was really up for the idea of coming back, so we built her story around that idea.”

News that VanCamp would be leaving “The Resident” during its fifth season broke at the end of August 2021. “The Falcon and the Winter Soldier” actress asked to exit the show for a variety of personal reasons after ongoing discussions, and the writers had time to work her farewell into Season 5 just as the scripts were being broken over the summer.

During a conference call with reporters following her October exit, VanCamp said she’d “absolutely” return in a flashback or dream sequence.

“There’s just so much love between all of us,” she said. “I would be absolutely open to going back in some form or another. But it really depends on what we expect for the show and for them. But I’d always love to go back and see everyone. I miss them terribly.”