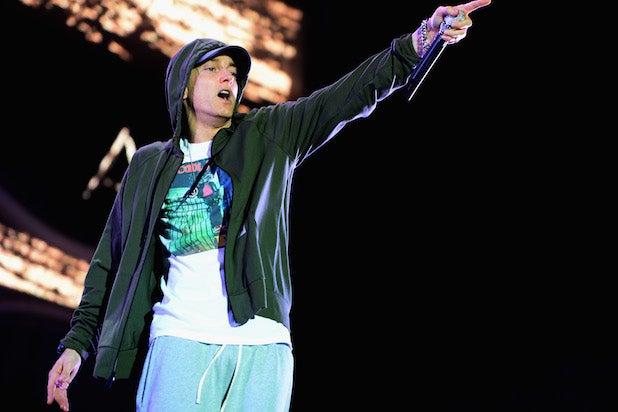 Eminem has been mad at President Donald Trump for a while. Now, the rapper’s anger at POTUS has grown.

The real Slim Shady gave a standout performance at the BET Hip-Hop Awards last month with a five-minute freestyle taking shots at Donald Trump. However, the president never appeared to take notice, and that has rubbed Eminem the wrong way.

“I was and still am extremely angry,” Eminem said in an interview on his SirirusXM channel Shade 45. “I can’t stand that motherf—er. I feel like he’s not paying attention to me. I was kind of waiting for him to say something and for some reason, he didn’t say anything.”

In the blistering four-and-a-half minute a capella freestyle, Eminem went after Trump for picking fights with North Korea, for his criticism of the NFL protests and his attacks on Senator John McCain, a former prisoner of war. He even went as far as to disavow his fans who support the president.

“Any fan of mine who’s a supporter of his, I’m drawing in the sand a line, you’re either for or against, and if you can’t decide who like more in your split, on who you should stand beside, I’ll do it for you with this, f— you,” he rapped.

His criticisms of the president were particularly notable because, as the New York Times noted, his fanbase is “strongest in whiter and more rural places: West Virginia; southern Ohio; eastern Kentucky; deep north Maine; the Ozarks in Missouri; across the Great Plains.”

“When Kendrick Lamar blasts Mr. Trump, he is preaching to the choir. When Eminem does it, there’s a good chance Trump voters are actually listening,” the Times wrote.

However, that reach hasn’t yet provoked the president himself.