Emma Roberts has joined the cast of Sony’s latest Marvel movie “Madame Web,” which stars Dakota Johnson, an individual with knowledge of the project told TheWrap.

The “Madame Web” comics follow Cassandra Webb, a clairvoyant and precognitive mutant. Webb is an elderly woman with a neural muscular disease that forces her to be connected to a life support system that resembles a spider’s web. In the film is an origin story about how Madame Web becomes a clairvoyant whose psychic abilities allow her to see within the spider world itself. 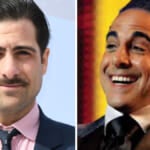 Matt Sazama and Burk Sharpless wrote the film based on the character created by Denny O. Neil and John Romita Jr.

“Madame Web” is another entry and first female character to be developed within the Sony Pictures Universe of Marvel characters that also includes “Venom” and “Morbius,” and the studio has already set a release date for July 7, 2023. Up next is JC Chandor’s “Kraven the Hunter” starring Aaron Taylor Johnson, to be released in theaters on January 13, 2023. Sony is also in the works on “El Muerto” starring Bad Bunny, which is set for January 12, 2024.

The “Palo Alto” actress Roberts also recently starred in “American Horror Story” and is an executive producer on the series “First Kill.” 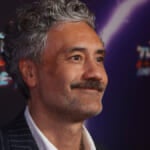