Emma Watson seems to be totally fine with HBO Max mistaking a childhood photo of Emma Roberts for one of her. And according to the actress, Roberts was a much cuter child.

Early on in the “Harry Potter 20th Anniversary: Return to Hogwarts” special, Watson (who played Hermione Granger in the franchise), reflects on the impact of the Potter books on her family when she was a kid. As she recounts her memories, a photo of a young Emma flashes on screen. Only the photo wasn’t of a young Emma Watson. Instead, the pic was of a baby-faced Emma Roberts of “Scream Queens.”

The photo, showing Roberts in a pair of Minnie Mouse ears and enjoying what appears to be a breakfast plate, was originally posted by the actress way back in 2012. 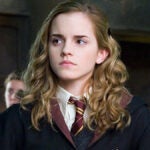 On Wednesday, Watson laughed the mix-up off on her Instagram. She re-posted the erroneous photo, captioned with a shoutout to Roberts. “I was NOT this cute,” Watson wrote, adding the hashtag “Emma sisters forever” and tagging Roberts for good measure.

Roberts responded via her Instagram story, writing “Haha! I don’t believe that!” alongside Watson’s post. The “Scream 4” star added in a few kiss print emojis, as well as the twins emoji for good measure. 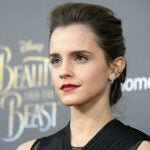 While it took the actresses a few days to respond, fans were on it almost immediately. Shortly after “Return to Hogwarts” hit the streaming service on New Year’s Day, fans on Twitter pointed out the mix-up. In response, the producers of the show praised fans’ attention to detail and quickly removed the photo from the special.

“Well spotted Harry Potter fans! You brought an editing mistake of a mislabeled photograph to our attention. New version is up now,” a statement to TheWrap read.