During the upcoming “Harry Potter” reunion special debuting on HBO Max, actress Emma Watson spoke candidly about why she nearly left the Warner Bros. franchise ahead of the fifth film – and co-star Rupert Grint revealed he had similar feelings during the decade-long production of the series.

Director David Yates, who was new to the franchise when he signed on to helm 2007’s “Harry Potter and the Order of the Phoenix” but then ended up directing the rest of the “Potter” films and all the “Fantastic Beasts” films thus far, revealed during the reunion special that he was warned of Watson’s potential departure. “When I started, one thing that [producer] David [Heyman] and the studio spoke to me about was Emma is not sure she wants to come back to do another ‘Potter.’”

“[‘Order of the Phoenix’] was when things started getting spicy for all of us,” Watson said bluntly to Grint during the special, adding, ““I think I was scared. I don’t know if you ever felt like it got to a tipping point where it was like, ‘This is kind of forever now.’” 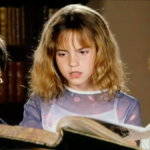 Grint confessed he had those moments “all the way through,” later adding, “I also had kind of similar feelings to Emma contemplating what life would be like if I called it a day. We never really spoke about it. I guess we were just kind of going through it at our own pace. We were in the moment at the time, it just didn’t really occur to us that we were all probably having similar feelings.”

Watson revealed during the special that she went back and read a diary entry from around the time she was considering quitting “Potter,” and said it was clear she was lonely. As for what spurred her to think about leaving, Watson confessed that “the fame thing had finally hit home in a big way.”

“People definitely forget what she took on, and how gracefully she did it,” co-star and friend Tom Felton said of Watson’s experience on the franchise. “Dan and Rupert, they had each other. I had my cronies. Whereas Emma was not only younger, she was by herself.”

Radcliffe said the cast members didn’t talk about their anxieties due to their newfound fame all that much, largely because they were just teenagers. “We never talked about it on the film because we were all just kids. As a 14-year-old boy I was never gonna turn around to another 14-year-old and be like, ‘Hey, how are you doing? Is everything okay?’”

Watson didn’t offer much more in the way of details during the special, but noted that no one convinced her to return. She made the decision on her own, and singled out the “Harry Potter” fans for being supportive. “No one had to convince me to see it through. The fans genuinely wanted you to succeed and like all genuinely had everyone’s backs. How great is that?”

“Harry Potter 20th Anniversary: Return to Hogwarts” premieres on HBO Max at the stroke of midnight on Jan. 1, 2022, and will air on TBS and Cartoon Network in spring 2022 ahead of the release of the next “Fantastic Beasts” film, “The Secrets of Dumbledore.” 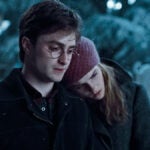